All asylum seekers using “illegal” routes would be locked up indefinitely and banned from ever settling in the UK, under hardline plans backed by the home secretary.

Suella Braverman is understood to also endorse recommendations to cap the numbers granted asylum at 20,000 a year and to pull the UK out of the European Convention on Human Rights.

She has written a foreword to a report by a right-wing thinktank – in a clear attempt to pile pressure on Rishi Sunak to pursue a more draconian approach to the crises of small boats crossing the Channel.

Tory MPs are panicking over the issue, with the numbers arriving by boat in 2022 expected to top 50,000 and Nigel Farage threatening to return to frontline politics to woo voters to the Reform UK party.

The package put forward by the Centre for Policy Studies would:

* Detain indefinitely all asylum seekers who enter the country “illegally”.

* Deport them all to Rwanda, or other third countries – despite the legal challenge to Priti Patel’s agreement.

* Make it illegal to ever claim asylum in the UK after travelling from a safe country.

* Make it harder to use the Modern Slavery Act to claim asylum, after alleged abuse of the rules to escape deportation.

* Cap the numbers admitted through resettlement routes from the likes of Ukraine, Afghanistan and Syria at no more than 20,000 a year.

In her foreword, Ms Braverman says she does “not agree with everything” proposed, which also includes compulsory identity cards,

But she has written: “I welcome it as a vital and necessary contribution to the policy debate about what can be done to tackle the crossings.”

The pressure comes after the prime minister was accused of running scared of Tory right-wingers by reappointing Ms Braverman – just six days after she resigned for breaching the ministerial code.

It is understood that ministers are still to agree the details of planned legislation, which is not expected to be published until the new year.

The immigration minister, Robert Jenrick, signalled the new approach on Saturday, when he said: “We have to recreate our immigration system so that it’s fit for purpose. That will mean creating a system where deterrence is through the whole thing.

“It will also mean looking at how we treat people on arrival, so that nobody thinks that coming to the UK is a soft touch, and the UK is not a better site for asylum shoppers than our EU neighbour.”

No 10 is also known to be considering tougher rules on dependents joining students coming to the UK, but Mr Jenrick went further in questioning the motive of many undertaking studies.

“There are people coming to universities here as a backdoor way of bringing their families into the UK and staying here for a prolonged period,” he told GB News. 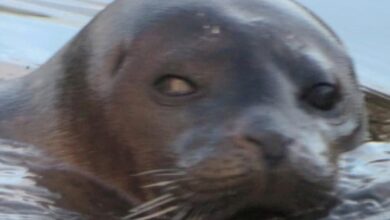 Seal forces closure of lake after eating £3,000 worth of fish 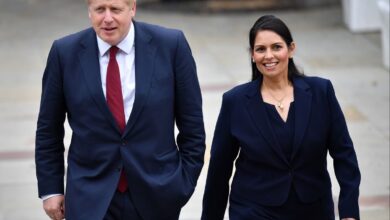 Boris Johnson news – live: PM to be grilled by Starmer for first time since resigning