It’s been five whole seasons since Molly Goddard staged a real-life runway show, which, in fashion years, translates to several decades. Of course, like everyone else, the British designer bore the brunt of the pandemic, which forced London Fashion Week to go entirely online for the better part of 2020 and 2021.

For fans of Goddard, this was particularly crushing, given the Londoner’s reputation for high-concept, high-drama shows – previous years have seen her stage tea parties and banquets with martinis for those in the Frow.

This season, the 34-year-old stripped things back by hosting a classic catwalk inside the Seymour Leisure Centre in central London. With nothing but rows of white benches and an elevated runway, the show’s setup allowed for Goddard’s clothes to take centre stage without any of the pomp and pageantry one has come to expect at LFW.

Considering the brutal rainstorm happening outside, you’d be forgiven for thinking spirits would have been somewhat dampened as the fashion pack waited for the show to begin. And yet, quite the opposite was true, with editors, buyers, and influencers alike giddily catching up in anticipation of Goddard’s catwalk comeback.

Meanwhile, the front row was alight with fledging talents from the worlds of art and music, including singers Celeste and Babeheaven and actors Lolly Adefope and Bukky Bakray.

The second the music started pumping out – remixes of classic 1980s and 1990s tracks – it was clear that Goddard was championing a celebratory mood for autumn/winter 2022. It makes sense, given that the collection was inspired by Portobello and Camden market during this time period.

As Goddard explains in the show notes, her mother’s best friend was central to the Portobello social scene in the late 1980s, and so the aesthetic underlying the collection is “somewhat based around her”.

“I would describe her from what I can remember as a cross between Marilyn Monroe and Mick Jones,” Goddard adds. “Big bleached blond hair with a flower in it, red lipstick, a 50s dress with an army jacket and trainers.”

Elsewhere, feminine smocks came in more neutral buttercup and dusky blue shades, carefully constructed to feature horizontal curved seams with uneven frills. Goddard added a casual edge to her girlish frocks by styling them underneath oversized men’s jumpers, with trainers worn on the feet instead of heels. This aesthetic was perfected by Goddard’s friend and muse, Edie Campbell, who closed the show in a cupcake-like cream tulle gown that practically burst from the seams underneath a vintage-looking grandpa knit.

There was plenty of denim, too, with frayed dresses and skirts evoking that late 1980s punk spirit to which Goddard refers. This era was also referenced in the accessories – think fishnet tights and shoulder bags with silver chains – and the hairstyling, which saw models walking the runway with higher-than-high ponytails that swung from the middle of their heads.

The mood was one of playful dress-up, evoked further by the inclusion of Run DMC’s “Walk This Way”, which Sex and the City fans will immediately align with that famous scene from the 2008 film in which Carrie Bradshaw tries on old outfits for her friends, Charlotte, Samantha, and Miranda, who vote on which items she should “toss” and “take” to her new apartment.

“The overall look is eclectic, here’s-what-I-found-down-the-market,” explains Goddard. “There is a familiarity to this collection and the objects in it – each garment having a simplicity to it but each elevated into something special.” Here’s hoping for more real-life runways from Goddard in the future. 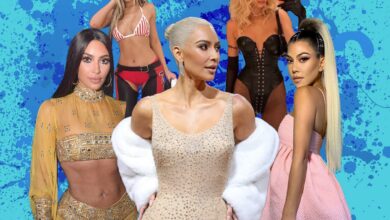 Pamela Anderson, Christina Aguilera and Marilyn Monroe: Why are the Kardashians always dressing like other celebrities? 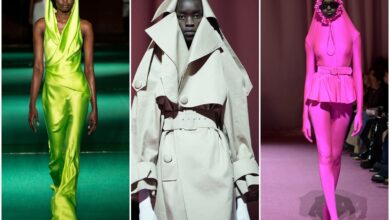 London Fashion Week: Hoods get a glam makeover at Halpern and Richard Quinn 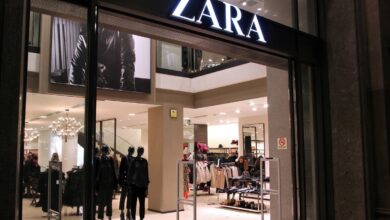 Zara to launch pre-owned service for shoppers to resell, repair or donate items 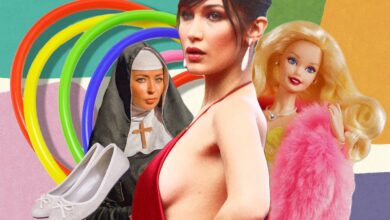 Side boob, shag bands and celibacy: Fashion and lifestyle trends that will dominate 2023