A former Love Island contestant was among a group of protestors who staged a demonstration outside Molly-Mae Hague’s Pretty Little Thing (PLT) fashion show in London this week.

A crowd of people gathered outside the Londoner Hotel in Leicester Square on Wednesday 16 February to demand fair wages for the brand’s garment workers.

A Pretty Little Thing spokesperson told the Independent that “any suggestion” that garment workers for PLT or other Boohoo Group brands are paid lower than the minimum wage is “grossly inaccurate”.

“We publish a list of all our approved UK and international manufacturers, all of whom have been audited over the last 18 months, and we do not tolerate any non-compliance with our supplier Code of Conduct,” they said.

“We operate a whistleblowing hotline so people can share any concerns they may have and we work with relevant government agencies to ensure the people who make our clothes have their rights in the workplace protected.”

Among those protesting was former Love Island contestant Brett Staniland, who appeared on series seven of the reality TV show.

Photographs from the event showed him holding up a cardboard sign making allegations against PLT, reading: “There’s nothing pretty about wage theft.”

PLT has previously faced scrutiny over its environmental footprint and treatment of its garment workers.

In June 2020, an investigation by The Sunday Times found that a factory in Leicester producing clothing for PLT’s parent company, Boohoo, was paying its workers just £3.50 an hour.

In its response, Boohoo said the conditions at the factory, Jaswal Fashions, were “totally unacceptable and fall woefully short of any standards acceptable in any workplace”.

Boohoo denied that Jaswal Fashions was one of its suppliers, despite the presence of Boohoo garments at the factory. It also conducted its own investigation of the issue.

The fashion show marks the first PLT runway event since Hague was named as the retailer’s creative director in August 2021.

Photographs from inside the event showed the influencer taking to the stage after the inclusive show, which featured disabled and plus-sized models.

The protest was organised by sustainable fashion campaigner Venetia La Manna, who shared several pictures from the evening to her Instagram.

“There is nothing sustainable about thousands of new items added to their site each and every week,” she alleged in the caption.

“We staged the demo to demand that they pay their garment makers fair living wages, recognise their unions and commit to a drastic reduction in output.”

Staniland regularly uses his social media to raise awareness about the impact of fast fashion.

In November 2021, he urged his followers not to take part in buying things “they don’t need” during Black Friday Sales. 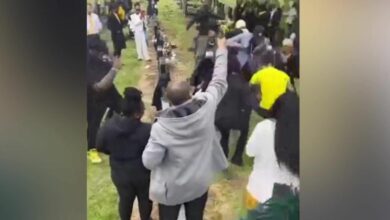 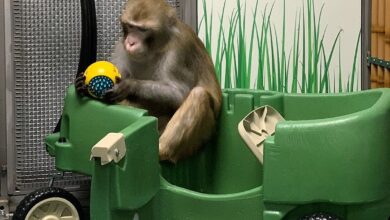 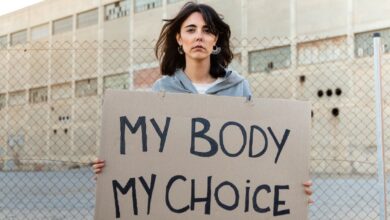 Roe v Wade: How to support abortion rights in the UK