In a world that feels perpetually polarised, it’s heart-warming when people come together. A record-breaking win for England’s Lionesses. Yes. The moment a disgraced prime minister announces his resignation. At last. Seeing Gemma and Luca lose to Ekin-Su and Davide. Thank God.

That last one might come as a surprise to anyone who hasn’t been watching Love Island. But to those who have, you will already be familiar with the country’s united front during last night’s finale, which resulted in a win for the so-called “Turkish Delight” and her “Italian Stallion” – and a national sigh of relief.

Throughout the 90-minute episode, Twitter was alight with criticism for the runners-up, with viewers quite literally begging for them not to win. “I can forgive the British public for Brexit but if Gemma and Luca win this nation is truly finished,” read one viral tweet. “If Gemma and Luca win I know once and for all that this country is addicted to misery,” stated another.

Others claimed the couple made “love look like prison”, while some went so far as to dub them the most “hated” to ever have appeared on the show. It seemed like anyone and everyone wanted Gemma and Luca to lose, which raises questions as to how they wound up coming second in a public vote that left other fan favourites – Indiyah and Dami, Tasha and Andrew – coming in third and fourth place. But putting that to one side, how did Luca and Gemma attract so much hate in the first place?

Let’s backtrack a little. At the start of the series, Luca was coupled up with Paige, and Gemma with Liam, who left the series after just 36 hours. It wasn’t until a few weeks in that the 23-year-old fishmonger set his sights on the 19-year-old dressage rider, who also happens to be the daughter of England footballer Michael Owen.

Initially, their romance was relatively drama-free. Low-key, passive, and, frankly, desperately dull, it was one of the least interesting relationships in the entire series. Slowly, though, that started to change as viewers began calling Luca out on some of his behaviour towards Gemma.

Over the course of the eight-week long series, the Brighton native has been called everything from “possessive” and “manipulative” to “controlling” and “protective”. He has also been accused of “overreacting” on numerous occasions, like during the show’s infamous Movie Night challenge, when he watched Billy flirting with Gemma and later accused her of “entertaining it”. Or, later, when he confronted the Islanders who had voted him and Gemma as the least compatible couple.

But the opprobrium reached new heights, so to speak, after the Mile High Challenge, which saw each of the women dress as air hostesses and – as seems to be the case for all of the Love Island challenges – perform some sort of sexy lap dance for the men. Gemma did her due diligence and, in the process, licked another male contestant’s chest, prompting Luca to shoot her a snide look.

Later, when Gemma asked if he had an issue with her performance in the challenge, he denied it. She pressed him: “Luca, don’t play thick… you were pushing me off, had a face like a slapped a**, are you 12?!” He acquiesced: “It’s obviously not nice to see, but it’s a challenge. Licking other boys, putting your head down there – but it’s a challenge. I can’t exactly stay annoyed at you for it.”

The argument culminated in Luca telling Gemma to “f*** off” before tearing off his microphone and storming out of the villa. Twitter was not happy. “Btw, THIS is what gaslighting actually looks like [sic],” tweeted one person. “Luca was clearly angry but wanted to make Gemma think she’s crazy instead of being honest and communicating.” Another described him as “the biggest walking red flag ever”.

In total, this series of Love Island has prompted more than 5,000 complaints to broadcasting watchdog Ofcom, with many citing “misogynistic behaviour” and bullying by some of the male contestants, including Luca, His family released a statement in response to criticism, saying “when he watches it back, he will be embarrassed and deeply apologetic”.

But judging from some of the social media commentary last night, the public’s dislike towards Gemma and Luca is not just about one man. As the third and fourth places were announced in last night’s finale, viewers zoned in on the couple’s incompatibility. Several tweets suggested the couple had no “best bits”, while others implied that Gemma tried to “friend zone” Luca on their final date.

It’s not unusual for contestants on Love Island to attract criticism. But this degree of vitriol is quite unlike anything we’ve seen before – and it begs a few crucial questions. The first comes down to the show’s production. Earlier this week, former islanders Billy and Josh accused ITV executives of not stepping in sooner to monitor Luca’s behaviour.

Speaking about one incident in particular involving Tasha, Josh told the Secure the Insecure podcast: “I feel like that it’s the kind of situation where a producer could easily step in and be like, ‘listen, you know, this is how it’s coming across.’ But they step in when they want to step in, and they will sit back and happily let something come across a certain way.” Meanwhile, contestant Coco told The Sun that Luca had been “lovely” to her and blamed “bad” editing for the way that he’d come across.

Comments like these serve to remind viewers that what we see on Love Island is a highly curated hour-long edit of a 24-hour period. It might seem cheap to blame someone’s bad behaviour on editing, but it’s worth noting that the structure of reality TV doesn’t lend itself to nuance. And why would it? As much as we’d like to think we’re above it all, a nuanced reality show is simply not a programme anyone would want to watch. Instead, what we often get is a mix of victims and villains; two-dimensional characters that operate within the show like they would in a regular scripted drama. That’s not to say we should excuse Luca’s actions, but perhaps we should question the show’s presentation of its cast – and how they’re looked after.

Here are two people who have spent the last eight weeks ostracised from society, without any sense of what time of day it is, let alone the opinions of social media. What happens when they step out in the real world and realise that they are, well, hated?

Aftercare is a sensitive subject with regards to Love Island, given that two of its former contestants – Sophie Gradon and Mike Thalassitis – have taken their own lives after appearing on the show. As a result, ITV has done a major overhaul of its aftercare programme, having ordered a comprehensive review of its previous welfare processes. Now, contestants must attend a minimum of eight therapy sessions when they return home from the villa. They’re also given training on how to manage their finances and social media accounts. Contact on behalf of ITV is maintained for 14 months.

This is all good and necessary, of course. But can anything prepare someone to step into a world where that many people dislike you? A world where people have been attacking not just your behaviour, but also your relationship? Now they’re also watching your every move.

As always, Love Island continues to raise the same set of questions: where do you draw the line between entertainment and ethics? And how much longer will viewers endorse the former without thinking about the latter? What’s more: whose responsibility is it? There are no clear answers to any of these questions. But it can’t be good that we’re still asking them. 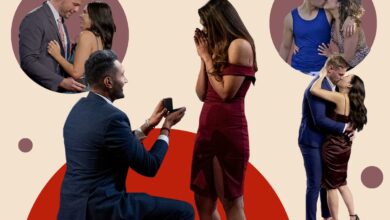 Love Is Blind: Is it possible to fall in love in just 10 days? 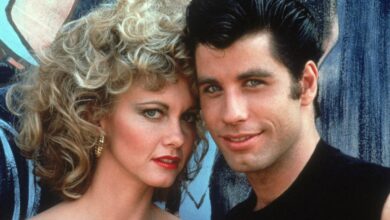 The 20 most toxic movie relationships, ranked

‘There will no longer be needless acrimony’: The seismic impact of no-fault divorce 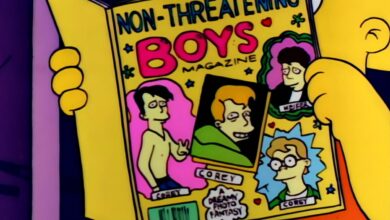