Macy Gray is being condemned for comments about the trans community on Piers Morgan Uncensored.

On Monday (4 July), the 54-year-old singer told host Morgan: “I will say this and everyone’s gonna hate me but as a woman, just because you go change your [body] parts, doesn’t make you a woman, sorry.”

Morgan replied: “Right, you feel that?”

Gray responded to Morgan after he initiated a conversation about “the issue of transgenders in sports”, while claiming that he supported trans rights, “but not when you have people born to obvious physical superior bodies, transitioning and thrashing the women in sports”.

Gray also said she would use her/hers pronouns for trans women if they want her to, “but that doesn’t make you a woman”.

Morgan also brought up the backlash JK Rowling has faced for her comments about the trans community in the past, by saying that such people get “attacked, they get abused and the cancel culture mob comes for them, she gets called ‘transphobic’ and so on.

“You might get the same for saying it,” Morgan tells Gray, to which she replies: “But it’s the truth. I don’t think you should be called ‘transphobic’ just cause you don’t agree.

“There’s a lot of judgment and throwing stones at people for just saying what it is.”

Gray’s comments have caused outrage on social media with some labelling her a “terf” – an acronym for trans-exclusionary radical feminist.

Journalist Imara Jones wrote: “Oh no! [Macy Gray] has gone full transphobic on [Piers Morgan] on 4 July no less! Her selective freedom for some is a ‘no’ from me. We have so much work to do [to] help everyone see that patriarchy is a universal problem. This is sad.”

Another person added: “Everything going on in the world right now and Macy Gray decides to use her platform to instead call out people who are already oppressed and attempt to invalidate them.”

Broadcaster India Willoughby wrote: “Sad and desperate. This is why it’s virtually impossible for anyone trans to work in British media. Easy to dehumanise a group when they’re not represented in the office.”

Following the backlash, Morgan supported Gray by tweeting: “Macy Gray, as she predicted, is already being abused, hounded, shamed & branded ‘transphobic’ by the usual vile, vicious mob who attack women that defend women’s rights. I stand with you [Macy Gray] – thanks for your courage and honesty.” 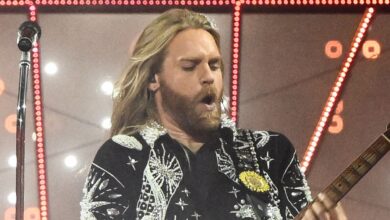 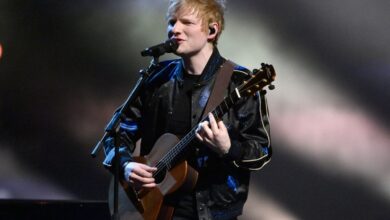