A man has been charged with murder in Australia after allegedly using a saw to amputate a 66-year-old man’s leg as part of a suspected “arrangement” between the pair.

The accused and deceased are alleged to have driven together to a park in far north Queensland, where they exited the car and sat under a tree.

About twenty minutes later, at around 4am on Saturday, the 36-year-old man from Innisfail used a battery-powered circular saw to cut the other man’s leg off below the knee, police alleged.

The younger man is then alleged to have left the Fitzgerald Park area on foot, after helping the other back to the car, where he was discovered by passers-by shortly afterwards.

A member of the public called emergency services at 4.23am, but the 66-year-old died a short time later, police said.

The 36-year-old man was tracked down by police some seven hours later at a property in Innisfail and has been charged with one count of murder, the force said on Sunday morning.

He will appear at the Innisfail Magistrates Court on Monday.

“Police will allege these two people were known to each other, the extent of that relationship is still forming part of our investigations,” Detective Acting Inspector Gary Hunter, of Queensland Police, told reporters, according to the Australian Associated Press.

“Police also believe there was an arrangement between the two people for the amputation of the leg. We can say this was not an unprovoked attack.”

The inspector reportedly could not offer any more details on the nature of the alleged “arrangement”, saying: “The specific reasons and the arrangement are subject to inquiries by detectives.”

“During my 34 years as a police officer I’ve never experienced a situation as we are presented with here today,” he added.

Police are appealing for anyone with knowledge of the incident or with relevant dash cam or CCTV footage to come forward. 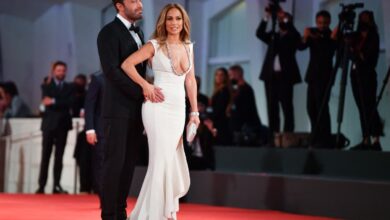 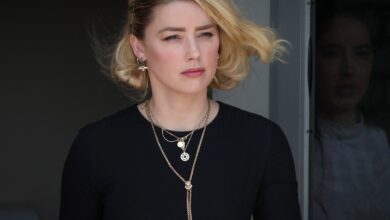