Georgia police are searching for a man suspected of robbing a bank while dressed up as an old woman.

The incident took place in Henry County, southeast of Atlanta, on Monday.

The man arrived at Chase Bank in the city of McDonough wearing white sneakers, a white wig, a floral dress, orange latex gloves, a black facemask or a neck gator, and carrying a pink bag.

Police have said that he gave a note to a member of staff demanding to be given money, telling the employee that he had a gun, The Atlanta Journal-Constitution reported.

After grabbing the money, the man left the bank and drove off in a small, white SUV that police believe could have been a recent Lexus model. A tag wasn’t spotted.

According to CBS46, the suspect is described as a Black man, around 6 feet tall and slim.

Anyone with information that could help solve the case has been asked to contact Detective William Poss at the McDonough Police Department at 470-878-1091 or via email at wposs@mcdonoughga.org.

Crime Stoppers Greater Atlanta can be reached anonymously at 404-577-8477. 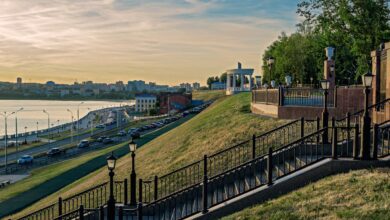