Sir Mark Todd has been suspended by the British Horseracing Authority after a video emerged on social media of the trainer striking a horse with a branch.

Todd was a highly successful three-day eventer before taking out his training licence, winning two Olympic gold medals in 1984 and 1988 for New Zealand and earning a knighthood in 2013 for his equestrian achievements.

In the video, Todd appears to be teaching a cross-country schooling session where one rider is struggling to get a horse into the water jump, with the trainer then brandishing a branch and striking the horse several times on the hindquarters. Todd later apologised for his actions.

In a statement released on Wednesday morning, the BHA said: “The Chair of British racing’s Independent Judicial Panel has today approved an application from the BHA that an interim suspension should be placed on the training licence of Sir Mark Todd following the emergence over the weekend of a video showing him striking a horse with what appears to be a branch.

“This interim suspension means that while investigations continue into the circumstances of this incident, Sir Mark will be unable to race horses in Great Britain or internationally.

“The trainer has admitted the individual involved in the video was him, has apologised for his actions and agreed to the imposition of an interim suspension.

“On Sunday the BHA condemned the video and confirmed that it was looking into the incident.

“The BHA will provide further updates as necessary in due course, though will not be able to comment on the detail of the investigation itself until it is concluded.

“The interim suspension has been approved on the basis that it can be reviewed at a later date if necessary, on application by either party.” 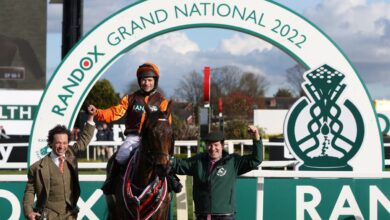 Grand National 2022: Pinstickers’ guide to all the runners and riders in Saturday’s Aintree showpiece 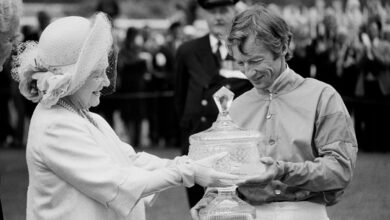 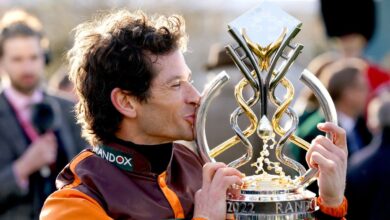