Marvel fans have been left frustrated by a new Doctor Strange 2 TV spot that many are saying has spoiled the film.

Much remains unknown about the new sequel, titled Doctor Strange in the Multiverse of Madness, but a new teaser appeared to confirm the presence of two characters that some fans didn’t realise would be in the film.

Due to the film’s inclusion of the Multiverse, a series of alternate worlds featuring an array of old and new Marvel characters, several cameos are expected to crop up in the film.

In the TV spot, which lasts for 15 seconds, Wanda Maximoff (Elizabeth Olsen) can be seen fighting with a version of Agent Peggy Carter, who is expected to be played in the film by returning cast member Hayley Atwell.

At the end of the clip, footage of Patrick Stewart’s Charles Xavier AKA Professor X is also seemingly shown via his iconic X-Men hoverchair, which is taken directly from the Marvel Comics.

His voice was previously teased in the trailer released at the Super Bowl in February.

While many called out Marvel for ruining possible surprises featured in the film, others highlighted that the inclusion of these particular characters had previously been revealed in other trailers and reports.

Still, many fans complained that it would be might have been better for some of these surprises to be held back until the film’s release.

“It’s actually annoying how much is being shown about this movie,” one fan complained, with another adding: “They releasing the whole movie at this point.”

“I’m so mad it showed up on my timeline,” one fan added.

Doctor Strange in the Multiverse of Madness will be released in the UK on 5 May and in the US on 6 May.

‘He has an iron stomach’: Meet the man who put Tom Cruise in the sky for Top Gun 2 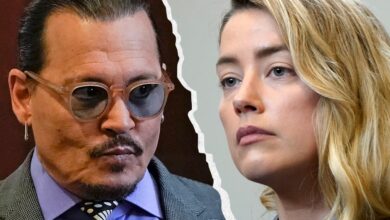 Depp v Heard: How courtroom live-streaming turned an ugly battle between exes into a circus 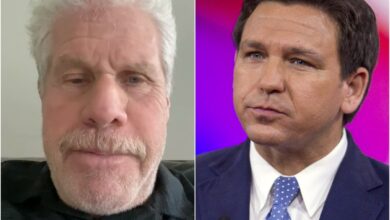