The Marvelous Mrs Maisel shows no sign of slowing down. I mean that literally. Four seasons in, Rachel Brosnahan’s Midge Maisel still speaks at the speed of a bullet train, firing out jibes and diatribes without pausing for breath. Only now, she’s angry.

In the first season of Amy Sherman-Palladino’s relentlessly quippy, Emmy-winning comedy drama, Midge Maisel was a Fifties New York housewife and mother, who discovered a talent for stand-up after her husband Joel (Michael Zegen) left her. Her star ascended, with the help of her plucky manager Susie (Alex Borstein), and then at the end of season three it crashed down to Earth with a bang. On stage at the Apollo, supporting secretly gay singer Shy Baldwin in front of her biggest-ever crowd, Midge made thinly veiled allusions to Shy’s sexuality – references to closets, The Wizard of Oz and make-up. She was dropped from his tour, left reeling on the airport tarmac.

If you thought that might prompt a moment of self-reflection for Midge, you’d be wrong. “Once again, a man has stepped in and f***ed up my life,” she tells a crowd in the first episode’s opening scene, back in the seedy underground club where she first performed. “And just like the first time, I was dressed magnificently while he did it.” On the cab drive home, in a scene that is so genuinely deranged, I wondered if I’d missed something, Midge breaks down, stripping down to her undergarments, jumping out of the taxi, grabbing a huge tree branch and thwacking both Susie and the car with it. The next thing we know, she’s brushing herself off and making plans to get her career back on track.

In a way, the fact that Midge is so deeply lacking in self-awareness or empathy is one of Mrs Maisel’s strengths. Sherman-Palledino could have written a one-dimensional Strong Female Character climbing the male-dominated ranks of comedy – and Midge certainly comes up against her share of misogyny. But she is also just as unpleasant as most of the men around her. In the two episodes made available for reviewers, she manipulates local business owners into raising her tab, tries to steal her neighbour’s milk, and pinches her own daughter. She continues to have no interest in her children – and yes, the “bad parent” accusation is levelled disproportionately at women, but seriously, I don’t think she could pick them out of a line-up. And that’s not to mention the grievous branch-ily harm incident.

It makes for absorbing viewing, and Brosnahan throws herself into it with admirable force, her stand-up patter getting better with every season – but it does at times make it hard to enjoy being in Midge’s company. I’m hopeful that we will see more of Sophie Lennon (played by Jane Lynch, the acerbic dark heart of Glee), who has checked herself into a swanky psychiatric hospital, but other subplots – which include Joel accidentally getting wrapped up in a Chinese gambling ring underneath his new club, and Susie attempting to cover up the insurance fraud she committed last season – are a little haywire in their execution. Still, I continue to admire the show, for its pastel dresses, its blue language, and its bite.

‘The Marvelous Mrs Maisel’ is on Prime Video 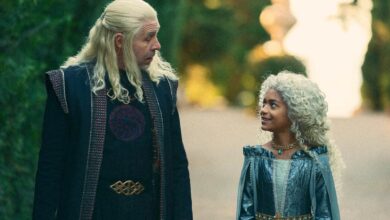 House of the Dragon: Viserys gaffe spotted by viewers to be corrected by HBO 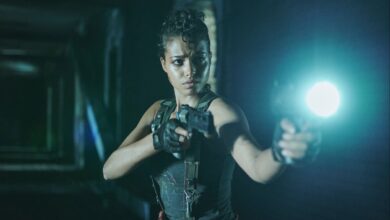 Resident Evil review: A muddled, shonky adaptation of the zombie video game that we didn’t need