The stage was set.

Billed as the “Decider in the Desert”, the 2021 Abu Dhabi Grand Prix was the final chapter in a Formula 1 season for the ages. Max Verstappen and Lewis Hamilton were battered and bruised – but still in the fight. Level quite astoundingly on 369.5 points after 21 races, it all came down to this.

Now, as F1 returns to Abu Dhabi for the first time since that thrilling and controversial finale last year, The Independent revisits the story of Sunday 12 December 2021 from the eyes of those at the Yas Marina Circuit and around the world as history played out in a conclusion nobody could have foreseen.

Raceday. The Orange Army came in their thousands to support Verstappen, chasing a debut crown, who put his Red Bull on pole position in qualifying on Saturday, 3/10ths quicker than his arch-rival. Alongside him on the front row: Hamilton, who was driving for a place in history and a record-breaking eighth world championship.

The 2021 season had seen collisions, crashes and mouthwatering moments of drama that had enthralled millions worldwide. From late loggerheads in Bahrain and a season-defining crash at Silverstone to the double retirement in Monza and toing and froing at Interlagos, the protagonists had been at each other’s throats on the track with their bosses – Christian Horner and Toto Wolff – following suit in the media pen.

Now, a week on from a frantic Saudi Arabian GP which saw Hamilton and Verstappen come together three times, it was time to face the music. Martin Brundle notes in commentary: “Something is going to happen in the next 58 laps. We’re just not sure what.”

Little did he know.

Lights out. Hamilton steals a march on Verstappen from the off, searing past a slow Verstappen to take the lead into turn one. Horner puts his arms up in the air in befuddlement in the Red Bull garage, but his man is right back on Hamilton’s tail and in his slipstream heading down the first long straight.

Turn six. Verstappen – as so often was the case in 2021 – lunges instinctively down the inside of Hamilton’s Mercedes, slow to turn into the corner. They touch. Verstappen stays within the white lines; Hamilton cuts the corner and re-joins the racetrack still in the lead, with a larger lead to the Dutchman.

“He has to give that back!” exclaims Verstappen on his radio. Brundle agrees, calling it “clear cut”. Hamilton implores that Verstappen “pushed him off track”. Race director Michael Masi and the stewards at race control are involved for the first time. It won’t be the last.

Lap one ticks by. So does lap two. Still Hamilton remains more than a second ahead of Verstappen, with no word from race control. But as the Mercedes crosses the start-finish line to start his third lap, the news comes: no investigation necessary. The stewarding trio of Derek Warwick, Garry Connelly and Felix Holter have made their judgement.

Wheatley has his first jab at Masi: “Max is ahead at the apex. Stays on the track. Lewis has left the track…”

Masi, interrupting Wheatley, rebukes: “Jonathan, he’s forced him out there. That’s why we asked him to give back all the advantage. All the advantage was already given back prior to the first lap ending.”

Wheatley: “Not sure we agree but understood.” Masi: “No problems.”

It doesn’t take long for Verstappen’s blood to boil: “That is incredible! What are they doing here!”

Horner, speaking to Sky: “We’re a little bit shocked at that because, apparently, Lewis gave his advantage back which we fail to see yet so as you can imagine we’re not best pleased.

“It’s a total lack of consistency. We’re disappointed with it but focus on the race now and we’ve got to do it the hard way.” 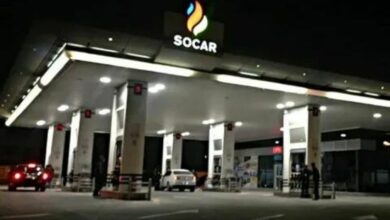 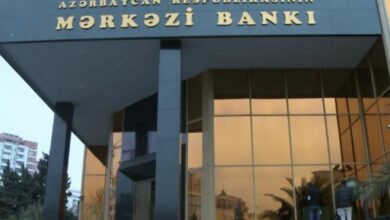 Central Bank of Azerbaijan to place notes worth AZN 240 million 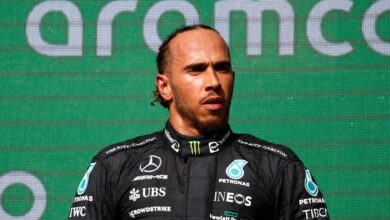 Daniel Ricciardo will not receive ‘another chance’ in F1 if he leaves McLaren, predicts Ralf Schumacher