Boris Johnson’s top scientific and medical advisers have warned that Covid can be expected to return in more virulent and dangerous forms, as the prime minister announced the end of the final coronavirus restrictions in England.

Just hours after Mr Johnson declared his “pride” at England leading the world in throwing off restrictions, professors Sir Chris Whitty and Sir Patrick Vallance told a Downing Street press conference that the Covid-19 pandemic was “not over” and urged people testing positive to continue to isolate.

The British Medical Association denounced the prime minister’s plan for “living with Covid” as “premature”, amid warnings from health charities that it exposes more than half a million people with conditions affecting their immune systems to increased risk.

And the PM was accused in the House of Commons of putting his own political survival ahead of public health, as lockdown-sceptic Conservative backbenchers applauded his announcement that the legal requirement to isolate – along with the £500 payment to support it – will be ditched from Thursday and universal free testing from 1 April.

There were warnings that testing will be “cut to the bone” after health secretary Sajid Javid failed in an eleventh-hour bid to extract £1.8bn from the Treasury to keep routine asymptomatic tests for health and care workers.

Last-minute wrangling between Javid and chancellor Rishi Sunak threw the PM’s announcement into chaos, as a cabinet meeting to rubber stamp the plan was delayed and ministers arriving at No 10 were turned away and told to tune into a video conference call later.

Mr Sunak – with the PM’s backing – successfully insisted that the future bills of testing and monitoring must be covered from the £9.6bn provided for Covid in last year’s spending review, and that Mr Javid must not dip into funds set aside for the massive NHS backlog.

While asymptomatic patients will continue to receive tests in care homes, NHS and care sector staff will only be tested if they show symptoms or in the case of an outbreak of concern.

Labour blasted the plan as “half-baked”, as it emerged that essential details – including precisely which vulnerable groups will continue to be entitled to free tests – were missing.

Downing Street could not put a price on the cost of tests, saying it was for market forces to determine. With estimates of around £15-£30 for a box of seven lateral flow kits, Mr Johnson said only that he hoped the cost would be “minimal”.

And unions responded with fury to the withdrawal from 24 March of the right to sick pay from day one of an illness, while the CBI said most bosses continue to believe that the economic benefits of universal free testing “far outweigh” the £2bn monthly cost.

Speaking alongside chief medical officer Whitty and chief scientific adviser Vallance in Downing Street, Mr Johnson said he was proud that the UK had “emerged from the teeth of the pandemic before many others, retaining one of the most open economies and societies in Europe”.

While accepting that the pandemic was not over, he said England was past the peak of the Omicron wave and now had “the chance to complete the transition back towards normality”.

But Prof Whitty took a more cautious tone, warning: “This pandemic is not over and it’s carrying on around the world and we’re not out of it here yet.”

Both he and Prof Vallance stressed the likelihood of new and more virulent strains of Covid, and urged people who test positive to continue to isolate, even after it ceases to be a legal requirement on Thursday.

Vallance said it was “absolutely essential” to continue monitoring infections and to maintain a testing capacity able to respond rapidly to signs of new variants of concern.

“You can celebrate when the sun is shining, but take an umbrella with you,” he said.

Prof Whitty agreed: “We all expect that there will be new variants and … some of them will cause significant problems. They could be either more vaccine-escaping but as severe as Omicron … or they could be more intrinsically severe.

“We could certainly end up with something which is more likely to lead to hospitalisations than Omicron.” 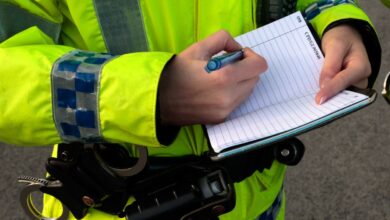 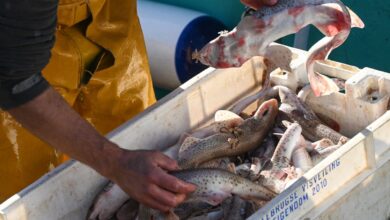 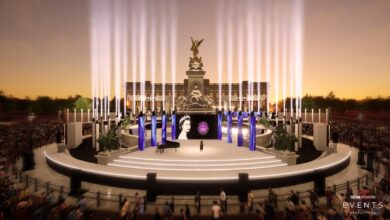