Melanie C’s arms are raised like a champion fighter. I spy the famous Celtic armband tattoo. I clock the muscles. And then she bellows, “Super Muuuuum!” before dissolving into eye-crinkling laughter. The singer was recently away with her 13-year-old daughter and her friends; one went out too far on a paddle board, and C – short for Chisholm – swam to the rescue.

It wasn’t her first superhero-ish moment. At the height of Spicemania, when media interest was at its most intense and unboundaried, a Sun journalist accompanied her to meet a just-discovered half-sister, Emma, in Llandudno. “How crazy is my life, right? I mean, what the f***?” she recalls now, eyes popping.

But once the photographers had gone, the siblings spent some time alone together on the beach. They spotted some boys who’d bullied Emma for – they thought – lying about having a Spice Girl for a sister. So Chisholm rocked up and, proper Scouse, said, “Alright?”

Being a Spice Girls fan, unfortunately, does not make you a superhero. It makes you normal. Still, my generation and I nurture a slightly embarrassing urge to express how much they meant to us, at any opportunity. Did I text everyone I knew to say I was interviewing Sporty Spice? I couldn’t comment. (One friend: “Omg she’s the best one”; my mum: “Did you tell her how much you loved the Spice Girls?”)

Perhaps the group’s psychic hold remains so visceral because that moment, when they were the biggest girlband – maybe biggest anything – in the world, was so brief and electric. Talking to Chisholm, I certainly feel like I’m speaking to someone I’ve known for years, and I can’t tell if it’s her heart-on-sleeve breeziness or the hours I spent poring over my Spice World VHS tape. And yet, according to Chisholm’s long-anticipated memoir Who I Am, released this week, we did not really know her at all.

Within its pages, she details her humble upbringing in working-class Widnes, the disorientating fame and wealth brought by the Spice Girls in the Nineties, her often-torturous time in the group, the devastating impact it had on her mental health, and her dogged commitment to making her own music. Reading it, I’m surprised she fought on for a solo career after the Spice Girls’ demise: it began with a baptism-of-fire bottle-pelting at the 1999 V Festival.

Clearly, Chisholm is a bit of a trooper, and her story is one of self-acceptance and resilience. It’s been 26 years since the release of “Wannabe”. Other than Emma Bunton, she is the last Spice Girl to write about her life. Why now?

“Gosh. It has been a long time, hasn’t it?” says the 48-year-old. “The way celebrity culture has been in the last 20 years, people tend to do it a bit sooner, don’t they? But… I never felt ready,” she says on Zoom from her Hampstead home, in a light-filled attic room. She wanted to own her narrative and share experiences that might be useful to others – but she also had reservations; re-reading old press coverage, she writes, sent her “into a dark place for about a week”.

And there is a lot of darkness in the book, from mental health struggles to the story of being sexually assaulted by a hotel masseur the night before a Spice Girls concert. Chisholm showed Who I Am to her close family and the rest of the band first, to make sure they were “comfortable with the way I’ve spoken about things that involved them”.

Her experience of fame left an uncomfortable legacy, so much so that she admits it took her until 2014 to be able to watch the 1998 Spice World film. But the group’s 2019 stadium reunion tour – minus Victoria Beckham – marked a turning point for Chisholm. After years of frustration and self-criticism, something clicked into place on stage. Looking out at the euphoric crowds, she explains, “[I was] just like… ‘F***’. I think all of us girls realised the impact we’d had on so many people, and I just realised that… I’m still that person. I’ve never really changed.

“Fundamentally, we go in search of ourselves, don’t we? We spend our lives trying to better ourselves. But at the end of the day, we are who we are. And it was at that point when I felt, wow. I am Sporty Spice. And Melanie C. And a mum.” She underlines each with a nod of the head. “I’m all of these things, all of the time.”

It feels like the world is only just catching up with Chisholm, though. In recent years, a new-found appreciation has emerged. She’s a vocal LGBT+ ally. A committed performer. And a candid mental health advocate. We even seem to like female sportspeople now. (The Lionesses, Chisholm says, “outshine the men in so many ways. And that’s because they’ve had to fight.”) Perhaps the singer’s longevity is down to the fact that she clearly never believed her own hype. The inner monologue she describes in Who I Am, as she battled eating disorders and self-punishing exercise routines, was relentless: “You’ve just got to be a robot – no feelings, no excuses, no pain.”

Still, she’s somehow stayed relatively grounded, something she puts down to her working-class background. It’s clear Chisholm never forgot what it was like not to have money. “Money was tight when I was a kid. There was no extra,” she says. So many family and friends “still work really, really hard to make ends meet, so I’m still very much aware of that side”.

A surreal YouTube clip from 1998 shows the band on Oprah, talking about buying houses for their parents with their first paycheques. But that affluence was always tinged with guilt for Chisholm. “I’m doing something I love, and I could earn in a day what some of my family wouldn’t even earn in a year. You would just want to give and keep giving all the time, because you think, ‘Oh my God, I don’t even know if I deserve all this money. Please, you take it, you need it more than I do.’”

The Spice Girls era seemed to be defined by escapades, many of which Chisholm gleefully recounts in her pages. The day they signed their first record deal, and they got so drunk that Posh’s knickers went out of a limo window before she later fell asleep in her dinner. The time one of them did a wee in Elton John’s pot plant at the Four Seasons. The moment when, for some reason, they stole Seal’s phone number and rang him up, barking like seals down the phone.

That sense of anarchy was part of their appeal, but it must also have been exhausting. As was their schedule: Chisholm documents old diary entries with disbelief. What their workload did to them would now be described as burnout. “We definitely were burnt out. I believe part of Geri [Halliwell] not being able to stay in the band any longer was because she was burnt out. She needed to go away and recuperate, as we all did, after the tour in 1998. Obviously” – she points a finger at herself – “silly bollocks didn’t, she went and made another record!”

It’s hard to know if going at a slower pace would have meant they’d stuck around for longer, Chisholm reflects, but she doesn’t think Halliwell regretted her decision to leave. (In the book, Geri sometimes seems volatile, first threatening to quit after an argument about the Say You’ll Be There video.) “It’s all part of the story, isn’t it? And we’ve come together, and all the wounds are healed, and we’re back in each other’s lives.”

For Chisholm, Halliwell’s departure felt like “the beginning of the end”. At the time they were “deeeeevastated, devastated. And angry. And confused.” But, she smiles, “the thing is with the Spice Girls, there’s always a drama. And that was the big one.” They are all “quite philosophical” about the way it panned out.

Disagreements intensified as the schedule became more punishing, but Chisholm had felt tense from the start. She writes in the book that “perhaps there was an element of keeping me in my place. It was subtle at first, but soon I was being told what to say, or rather what not to say. ‘Better yet, Melanie,’ I was told, ‘maybe don’t speak at all.’” An incident at the Brits, when Chisholm told Victoria Beckham to “f*** off”, resulted in a threat to drop her from the band, which left a deep scar. “I started consciously to make myself smaller,” she writes. “My confidence began to be stripped away, and it happened so quickly.” 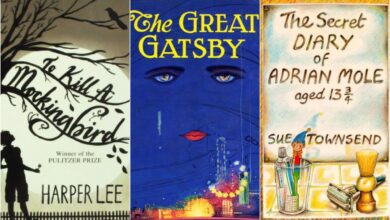 40 best books to read before you die

James Acaster: ‘All my stand-up was in this exaggerated persona – I’m more myself now’ 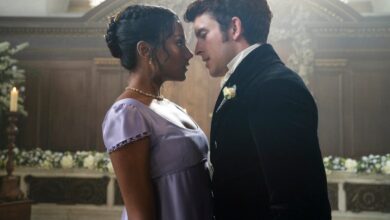 The Bridgerton effect: The rise in modern Regency novels