The Metropolitan Police has admitted it was “unacceptable” for one its official accounts to tweet criticism of London mayor Sadiq Khan following a row over outgoing commissioner Dame Cressida Dick.

Mr Khan denied reports that he had issued an ultimatum to Dame Cressida, demanding she dismiss officers involved in the Charing Cross scandal or face suspension herself.

The Met chief announced she was stepping down after losing the “confidence” of the mayor in the wake of revelations about officers at Charing Cross police station sending racist and misogynistic messages to one another.

The Times had earlier reported that Dame Cressida told senior colleagues that Mr Khan had made the ultimatum to her to sack officers.

Speaking to LBC, Mr Khan said: “Some of that is accurate. I was angered and disgusted by what a number of Metropolitan Police officers – serving officers – said. It is not the case that the commissioner was given an ultimatum to sack them or she would be sacked.”

Mr Khan also criticised the Metropolitan Police after its Twitter account had shared information about him that was “misleading”.

On Thursday, the verified Met Police Taskforce Twitter account retweeted a tweet which read: “If the Mayor of London doesn’t understand that the process for sacking officers is independent of chief constables … well that’s a bit of a problem.”

The Met Police account quote-tweeted the original and added the words “Exactly this”. The tweet has since been deleted and was described as “unacceptable” by a spokesman for the force.

Mr Khan told LBC: “When you have Met Police accounts amplifying information that is misleading, how is it possible for officers concerned about behaviour or other officers to come forward?”

The mayor added: “Why are we surprised when whistle-blowers don’t come forward if this is the attitude both the IOPC talked about and you’ve exemplified in relation to a blue-ticked account?”

Mr Khan also suggested on LBC that there had been improvements at the Met Police since he was a child, saying: “There are so many decent dedicated, brave officers. But there has got to be an acknowledgement that there are deep cultural issues.

Elsewhere, Mr Khan said he would not back the home secretary Priti Patel’s choice for the next Met Police Commissioner if he does not have confidence in them to do the job.

The mayor said: “One of the things I have got to say to Londoners is I will not support the appointment of the next commissioner if I don’t have confidence that he or she understands the importance of addressing these deep cultural issues.”

Ms Patel is ultimately responsible for appointing the most senior officer of the Metropolitan Police. “The legislation is quite clear that the home secretary appoints the commissioner,” he said.

“The good news is that legislation also says ‘with due regard to the Mayor of London’ … I have got no doubt the home secretary will be incredibly professional.” 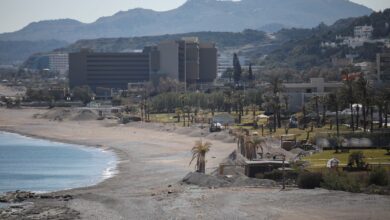 ‘They look down on us like we’re the dirt we clean’: Protesters outside No 10 call for respect for cleaners 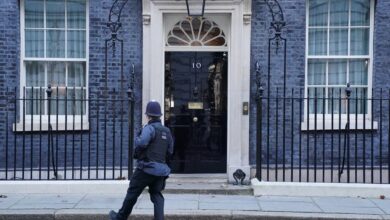 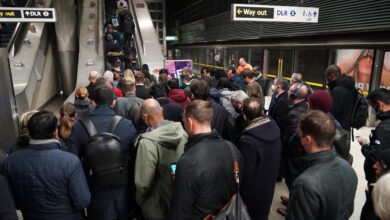