The Metropolitan Police is failing to adequately record stop and search grounds, a critical report by His Majesty’s Inspectorate of Constabulary and Fire & Rescue Services (HMICFRS) report has found.

Some 75 per cent of all stops conducted between October 2020 – September 2021 had reasonable grounds recorded, following a review by the inspectorate, which is lower than expected.

This reflects a decline from findings in a previous review carried out in 2020, where 78 per cent of the encounters had reasonable grounds recorded, and makes it harder for these incidents to be scrutinised by the public.

“The officers completing the records must provide enough information on them to justify why they used their power to stop and search someone,” the report reads.

“A record must be specific and detailed enough for someone else to judge whether a reasonable person with the same information would have carried out a stop and search. Accurate recording of encounters allows scrutiny by supervisors and by the public.”

It comes after the Met Police was placed under special measures in June following a litany of systemic failings.

A number of scandals have hit the force in recent months from the murder of Sarah Everard and embarrassing stop and search incidents, including that of athlete Bianca Williams and Ricardo Dos Santos, to the disproportionate strip searches of Black children such as Child Q and racist and offensive WhatsApp messages exchanged between officers at Charing Cross police station.

The Met, which is the UK’s largest police force, needs to improve its recording of equality data, the HMICFRS report also found.

Examining data on victims of crime, the constabulary found that age and gender were generally well recorded, whereas ethnicity and other protected characteristics were often not recorded adequately.

As such, the extent to which each protected characteristic is affected by crime is not always understood and given due consideration.

Moreover, the force’s crime recording is not of an acceptable standard to make sure victims get the right level of service, the HMICFRS report concluded.

Within the past three months alone, two Black men have died at the hands of Met Police officers: Oladeji Omishore and Chris Kaba, both of whom were unarmed at the time.

Investigators within the Independent Office for Police Conduct (IOPC) are considering whether race was a factor in the fatal shooting of Mr Kaba by the Met Police on 5 September.

Data obtained from Scotland Yard by the Children’s Commissioner in August showed some 650 children aged 10 to 17 were strip-searched by Met officers between 2018 and 2020; some 58 per cent were Black.

Two Met Police officers, Pc Sukhdev Jeer and Pc Paul Hefford, were sacked in July after posting offensive messages in a group chat, including a racist joke about the Duchess of Sussex.

A serving Met officer, PC Thomas Phillips, has been charged with sending racist WhatsApp messages, The Independent revealed this week.

A dedicated command is also required to “close the trust gap between the police and the Black community”, the HMICFRS recommended. 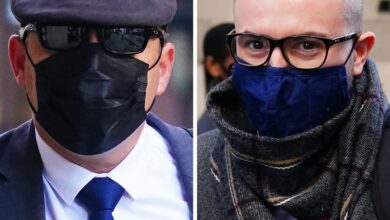 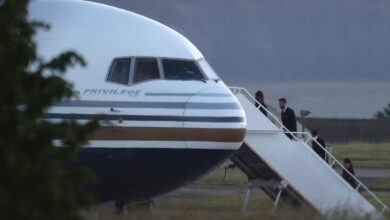 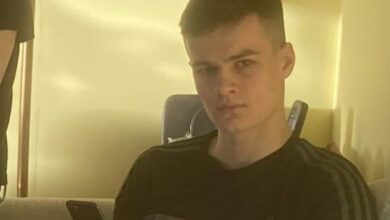 William Clarke missing: Body found in search for boy, 16, who disappeared on Isle of Skye