Three Metropolitan Police officers who worked with Sarah Everard’s killer Wayne Couzens could face charges over allegations they shared racist and misogynistic messages with him.

Prosecutors are considering a file of evidence referred by the Independent Office for Police Conduct (IOPC) into the “alleged sending and sharing of inappropriate messages by police officers”.

Couzens is serving a whole-life order after kidnapping, raping and murdering the 33-year-old last year.

The watchdog has sent evidence concerning two serving Met officers, and a former officer at the force, for consideration of offences regarding “grossly offensive material” under the Communications Act.

It comes after the IOPC launched a probe into claims that they and other officers sent “discriminatory messages” – reportedly racist and misogynistic – over WhatsApp between March and October 2019 after the information was recovered from an old mobile phone found during the police probe into Ms Everard’s murder.

A Crown Prosecution Service (CPS) spokesperson said: “We are considering a file of evidence referred to us by the IOPC in relation to the alleged sending and sharing of inappropriate messages by police officers.”

The IOPC said: “Our investigation into the sending and sharing of inappropriate messages by officers on WhatsApp has been completed.

“We provided a file of evidence to the CPS in December to consider potential offences against three individuals under the Communications Act 2003. We await its decision.”

The Met confirmed the two serving officers are on restricted duties.

A force spokesperson said: “We are keenly aware that the events following Sarah Everard’s death have rocked the public’s faith in us, and we know that we have to work hard and make real changes in order to earn back that trust.

“Every Met employee has been personally emailed by the commissioner about adhering to professional boundaries, their use of social media, and their duty to call out inappropriate behaviour and report prejudice.”

The IOPC has concluded the investigation into another Met officer, one from Norfolk and one from the Civil Nuclear Constabulary – where Couzens previously worked – but said it is currently unable to comment further on whether it has recommended disciplinary proceedings. 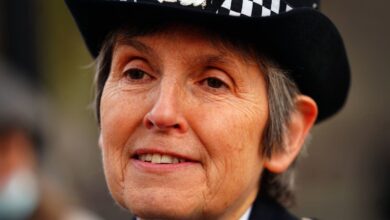 Cabinet minister and senior No 10 aide accused of sexual misconduct 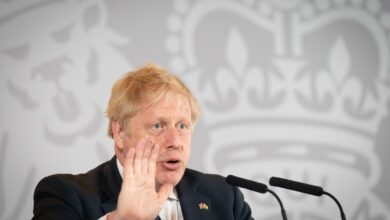