MI5 had intelligence that the Manchester Arena bomber supported Isis before he launched his attack, documents have revealed.

Salman Abedi murdered 22 victims when he detonated a homemade bomb among young fans leaving an Ariana Grande concert in May 2017.

fans leaving an Ariana Grande concert in May 2017.

The Manchester Arena Inquiry was told that MI5 had gathered intelligence on Abedi for several years, and twice made him a “subject of interest” but closed the investigations in the belief he did not pose an imminent attack threat.

A summary of evidence heard in closed hearings, for national security reasons, was published on Tuesday.

It said: “MI5 had intelligence that Salman Abedi supported Islamic State, but noted that there were a large number of people during this period who expressed such support who did not pose a threat to UK national security, and that there were some inconsistencies in the intelligence about the extent to which he supported the aims of Islamic State and what, if anything, he would do to achieve its aims through his actions.”

The document said that following Isis’ declaration of its caliphate in 2014, when it called for Muslims around the world to travel to its territories, an increase in workload left the investigative team responsible for north-west England “struggling to cope”.

An MI5 officer told the inquiry he “had raised with his superiors his concerns regarding the triaging of intelligence and was worried something could potentially get through”.

However a different officer, codenamed Witness J, said he was “not aware of any examples of resources having an impact on any decisions or judgements relating to Salman Abedi”. 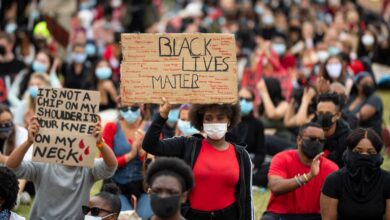