Michelle Branch is doing just fine. In a deft display of rock’n’roll multitasking, the US singer-songwriter behind early Noughties hits like “All You Wanted” and “Goodbye to You” is signing an endless stack of CDs in a Nashville warehouse at the same time as speaking to me. And while prepping for her first headline tour since the pandemic. And while navigating the past month’s occasionally salacious headlines surrounding her marriage to Black Keys drummer Patrick Carney. When we talk, a split is on the cards due to Carney’s apparent infidelity. In mid-August, Branch called out Carney – and his alleged lover – on social media, before being arrested for slapping him. Charges against her were later dropped, and the couple announced their separation. A week after we speak, though, the status of the couple’s marriage looks markedly different: divorce proceedings have been suspended for six months, as the pair vow to work on their relationship.

Carney produced Branch’s new album – her first in five years – so it’s tricky not to talk about him, or the potential awkwardness of the timing of its release. “I have been able to compartmentalise it a little bit,” Branch says with an audible shrug. “I’m really proud of the record we made together and I love the working relationship I have with Patrick, so I’m able to look at it that way.” There’s a brief pause. “But the other day I was rehearsing an older song, ‘Goodbye to You’, that said ‘the last three years were just pretend’, and I was like, ‘Oh, that’s so relevant!’ Songs have a funny way of doing that.”

Twenty years ago, when she was still a teenager, Branch ascended to superstar status. Thanks to her breakthrough debut album The Spirit Room, her videos were inescapable and her songs, such as guitar-driven single “Everywhere”, were, well, everywhere. Branch’s release pattern since then, however, has been spotty at best, with giant gaps between records. After 2003’s Hotel Paper, it would be 14 years until her next solo album, 2017’s Hopeless Romantic, which saw her working with Carney as producer for the first time.

Branch’s fourth album, The Trouble with Fever, is a pandemic record – and she is well aware of how tedious that might sound. “I hate to keep referencing the pandemic,” she says. “We’re all so tired of it at this point.” The new album is a hodgepodge of songs written across the past 11 years; some in 2011, others in the months following the release of her third album. There are some new ones too, written in Branch and Carney’s home studio.

“We realised the pandemic wasn’t going anywhere and we couldn’t just drink wine and have dance parties in our living room every night and had to actually do something productive with our time,” she says, chuckling. And so the ornate The Trouble with Fever was born, a swooning mix of lushly layered orchestral pop and gritty guitar balladry that dazzles with Branch’s innate and intuitive songwriting sensibilities. Try “You Got Me Where You Want Me” and its brooding sensuality or the celebratory, wistful stomp of “Closest Thing to Heaven”.

Branch was born in Sedona, Arizona in 1983. The town is as unique as it is spectacular, a majestic example of sacred geology, with giant, looming red rocks surrounding the small desert community. It’s a little like an American version of Glastonbury in Somerset, widely seen as a site of pilgrimage for those fond of crystals, tie-dye and alternative therapies. Branch says it was an odd place to grow up. “As far as being rebellious goes, there’s not much you can do,” she says. “You can go get an astrology reading or go for a hike to a vortex.” For any non-hippies out there, that’s a supposedly natural “energy centre”.

At 16, Branch moved to Hollywood to pursue a career as a musician, moving into a sublet owned by her then-manager. “Now, as a mother of a 17-year-old daughter, it’s crazy to wrap my head around. I recently asked my parents ‘How could you let your 16-year-old daughter move on their own to Los Angeles?!’” With a deal inked to Madonna’s Maverick label, Branch ignored the trappings of the city and worked hard, going to the studio every day to record her debut album, The Spirit Room, and doing little else. The effort was worth it, her first five singles all reaching the top 20 on the US Adult Top 40, and earning her comparisons to other major female singer-songwriters of the era, among them Alanis Morrisette, Fiona Apple and Jewel. “Everywhere” would score Branch the 2002 MTV Video Music Awards Viewer’s Choice Award and the album would go on to sell over two million copies in the US.

The teenage Branch’s songs were portraits of adolescent anxiety at the turn of the millennium, full of big, dramatic choruses and mournful longing. But her latest release finally sees Branch get political, especially in the caustic “I’m a Man”. “When I was a younger artist, I maybe would have shied away from it, but now I don’t think I can afford to be quiet,” she says. Two weeks before we speak, Tennessee’s “trigger law” went into effect, making abortions a felony in the state in which she now resides. “It’s really upsetting.”

Branch has used social media to support reproductive care over the past year, even though some of her fans have been shocked at her stance. “I turned off my comments, because so many people were just uninformed,” she says, of a post which mourned the overturning of Roe v Wade. “I also get really upset when it’s comments coming from men, who don’t know what it’s like to have ovaries! If you don’t agree with me, you don’t have to follow me. You don’t have to buy my records and you can keep your comments to yourself.”

Branch is speaking from personal experience, too. “I had a miscarriage at the end of 2020 and here you’re talking about having a D&C (dilation and curettage), which would now be considered an abortion. But what happens if you don’t pass that on your own and you get an infection and go into septic shock?” she asks, before pondering the many intricacies behind why women seek abortions. “It’s really nobody’s decision but a woman and her doctor,” she adds. “It really feels like we’re living in the dark ages in America right now, between feeling like we’re either gonna get shot on the street or be arrested for having reproductive care.”

Gun violence is another subject Branch is passionate about. When I ask how she deals with the looming threat of public shootings, she is indignant. “It’s interesting, because I would never be asked that question by an American journalist – it’s something that is just such a part of our day-to-day life here.”

There’s a quaver in Branch’s voice as she explains how worried she gets every time her daughter goes to the cinema; how “terrifying” it is that her four-year-old son has to do active shooter drills at school. It has even affected Branch’s own relationship with live performance. “You’re up on stage playing a show at a festival and you’re wondering, ‘Could someone get in here with a gun?’ It’s absolutely unbelievable to live your life that way. It’s just been so normalised.”

The Trouble with Fever was finished and ready for release in 2021, but when Branch found she was expecting her third child, the project was put on ice. “I didn’t want to put myself through promoting the record while I was pregnant, I wanted to cocoon and enjoy the time at home,” she says. Branch gave birth to her daughter Willie Jacquet Carney in February 2022, and a few months later was ready to get into the swing of the release again. But not until she’d taken a quick trip to London, the city she was going to move to before meeting Carney. Back then, before she met Carney in 2015, she says, she’d “just gotten my ex-husband’s blessing to take our daughter Owen and try a year in London because it’s one of my favourite cities in the world. Then I met Patrick and he lived in Nashville and we fell in love and here I am!”

Nashville has been good to Branch. She first lived in the city in the mid-2000s, and started a country-leaning duo called The Wreckers with her friend Jessica Harp. They released their one and only album, Stand Still, Look Pretty, in 2006. In Nashville Branch has found herself embedded within a refreshingly supportive network of fellow musicians. “The cool thing about Nashville is the tight-knit community and camaraderie between artists and writers,” she says. “I feel like that doesn’t exist anywhere else.”

She mentions Maren Morris, Margo Price, Nikki Lane and country crossover star Kacey Musgraves as pals. She and Musgraves hit the town just a few weeks ago, ending up singing along with the house band in a local dive bar. “She was just like, ‘Hey, I want to get up and sing a song.’ The next thing you know, she’s up there and we’re all doing harmony … Only in Nashville!”

Another friend is Sheryl Crow, whose songs Branch would cover as a teenager. “She texted just recently to check in on me,” she swoons. “She’s always been such a huge inspiration and I kind of pinch myself; my hero Sheryl Crow is just my neighbour and texting to check in on me.” Like I said, Michelle Branch is doing just fine.

‘The Trouble with Fever’ is out now 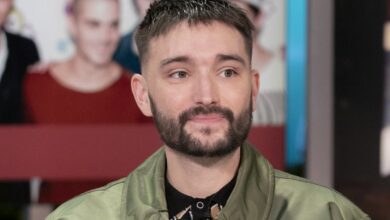 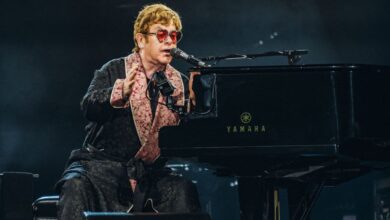 Elton John at BST Hyde Park: Almost exactly what you expect – and all the better for it

Glastonbury Festival through the years – in pictures