A migrant has taken the British citizenship test a record 118 times, amid accusations the system is “failing”.

The “Life in the UK” test is a key part of someone’s application for British citizenship or settlement in the UK and costs £50 each time it is taken.

While there is no limit on the number of times the test can be taken, guidance says that it should not be sat more than once every seven days – something critics say isn not being adhered to.

The test takes 45 minutes and is made up of 24 questions about British traditions and customs, including questions such as ‘Which king was executed in 1649? and ‘Who built the Tower of London?’ Applicants are required to get 75 percent of the questions right to pass.

Have you taken the Life in the UK test more than three times? Email holly.bancroft@independent.co.uk

Responding to a parliamentary question last year, the government revealed that the highest number of times an individual has take the Life in the UK test is 118 times across 2015 and 2016.

That means they would have spent £5,900 doing the quiz – and it is not clear where they passed it on their 118th attempt or not.

Conservative MP Kevin Foster said: “This is a unique case and the vast majority of customers pass by their third attempt.” Figures show that amounts to 98.5 percent of candidates.

“Whilst the test provider does not disclose which answers they got wrong if they fail they are advised which parts of the handbook they need to study in more depth to help them pass future tests,” he continued.

Under the “seven day rule” guidance, no-one should be able sit the test more than 52 times year.

That means the person who took it 118 times was able to take the test 14 times more than the supposed limit.

When Lord Rosser quizzed the government about how this is possible last month, Baroness Williams responded: “Life in the UK testing is provided and hosted by PSI Services (UK) Limited who operate a self-booking process and candidates are able to book tests in multiple slots; they are not limited by the system as to how frequently a test can be taken.

“We are aware the guidance on gov.uk advises candidates: ‘You must wait seven days before taking the test again, but you can take the test as many times as you need to.’

“However, this is guidance and not a requirement so we will update the wording to reflect this.”

Thom Brooks, professor of law and government at Durham University’s Law School, has written about the Home Office’s citizenship test in an opinion piece for The Independent.

Claiming the government had failed to tackle abuse of the system, he said: “We do not know how many citizenship applications were allowed to breach the seven day rule over the last 12 years of Conservative governments – I hope questions about this are tabled shortly.

“But we do know it has happened. Changing the website does not erase the failure to ensure their guidance was followed, before – or now.

“These failings should be urgently addressed before public confidence slips even further. Citizenship matters. It is time the government took its responsibilities more seriously.”

A Home Office spokesperson said: “The Life in the UK test is important for anyone applying to settle permanently in the UK to ensure they have an understanding of the democratic principles underlying British society and aspects of our culture and traditions.

‘Depressed’ mother spent £250,000 of her company’s funds on ‘lavish lifestyle to make herself feel better’ 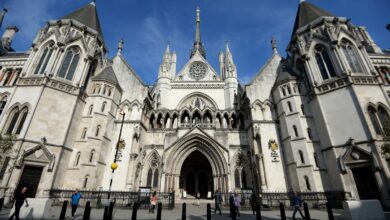 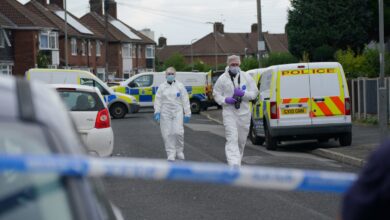