Millie Bobby Brown has spoken out about the “gross” sexualisation she has experienced throughout her career.

The actor turned 18 in February, and was just 12 when she was cast in Netflix’s hit sci-fi series Stranger Things.

Brown opened up about the challenges of growing up in Hollywood, and how growing up in the spotlight has put this into perspective.

Speaking on The Guilty Feminist podcast, the star said that sexualised comments about her have increased since she turned 18.

“I have definitely been dealing with that more in the last couple weeks of turning 18,” the actor said. “[I’m] definitely seeing a difference between the way people act and the way the press and social media react to me coming of age. It’s gross.”

Brown expanded on her experience with being sexualised before she was an adult, recalling a time she was “crucified” for wearing a low cut dress to a red carpet.

The actor said her experience is similar to what other young people go through, and that it can be “overwhelming”.

“I deal with the same things any 18-year-old is dealing with,” she said. “Navigating being an adult and having relationships and friendships, and it’s all of those things.”

Brown added: “Being liked and trying to fit in, it’s all a lot, and you’re trying to [know] yourself while doing that. The only difference is obviously I’m doing that in the public eye. It can be really overwhelming.”

The star also discussed why she stopped sharing personal information on social media. She said she prefers to control what she puts online and hopes to use her platform as a force for good: “I’m not posting anything personal anymore. You’re not gonna see that part of me. You get to see the things I choose to put out in the world.

“I hope if there’s a 12-year-old that’s told Instagram they’re 18, and they’ve created an account, they’re going on my account and they’re not being exploited to the horrible world that’s out there.”

The star went on to explain how much she dislikes social media. “I think social media is the worst place of all time,” she said.

When she tuned 16 in 2020, Brown shared a video to Instagram which told followers of the insecurities she’d developed due to negative comments online.

“Our world needs kindness and support in order for us children to grow and succeed,” she said.

“There are moments I get frustrated from the inaccuracy, inappropriate comments, sexualisation and unnecessary insults that ultimately have resulted in pain and insecurity for me.

“I hope this video informs you on the things that go on behind the scenes of the headlines and flashing lights. don’t worry I’ll always find a way to smile.” 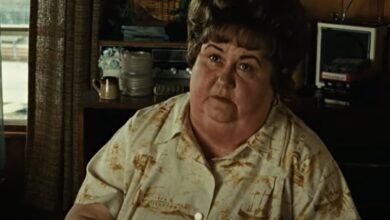 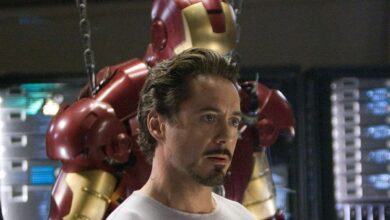 Orphan: First Kill review – a prequel that nicely embraces the camp of its predecessor’s outrageous twist