A nurse who vanished in south London more than a month ago has been depressed and may be travelling regularly by train, appearing dazed or confused, police have said.

Owami Davies, 24, was last seen walking north along London Road in Croydon at about 12.30pm on 7 July and concerns are growing for her safety.

The Metropolitan Police, who are investigating her disappearance as a missing persons case, said in a statement on Thursday: “Owami has been depressed and in the absence of her medication may use alcohol to relieve her depression.”

It came after British Transport Police (BTP) earlier tweeted the 24-year-old could still regularly be taking trains, may appear dazed or confused and may be seeking to engage with women travelling alone.

All five have since been released on bail.

BTP tweeted: “We know Owami Davies, 24, regularly uses the rail and tube network to travel from #Grays, Essex to the #Croydon area. Often via #WestHam and #WestCroydon stations. @metpoliceuk are looking at dates from 7th July 2022 onwards,” the force wrote.

“Owami may still be regularly travelling by rail in a vulnerable state, appearing dazed or confused and possibly seeking to engage with other lone female travellers.”

Earlier this week, Scotland Yard issued a fresh appeal saying Ms Davies could be “in the local area and in need of help”.

After numerous police appeals, members of the public have reported a number of potential sightings of the 24-year-old in the Croydon area and police have been scouring thousands of hours of CCTV trying to verify whether the sightings were actually her.

Detective Chief Inspector Nigel Penney, who is leading the investigation, said: “The search to find Owami Davies continues and we are conducting searches, appeals and extensive CCTV inquiries in order to trace and find her.

“I would remind people that even though detectives from specialist crime are investigating, this remains a missing person inquiry.”

Mr Penney stressed that the 24-year-old or anyone who may be helping her is not in trouble. 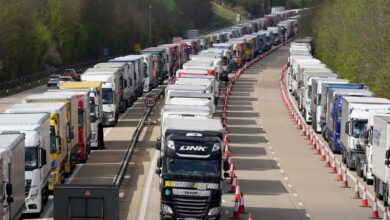