Mock the Week star Dara Ó Briain has hit back at Andrew Neil after the broadcaster appeared to suggest that the panel show “deserved to be cancelled”.

It was announced on Tuesday (2 August) that Mock the Week is coming to an end at the BBC after 17 years to “create room for new shows”.

The satirical panel show first aired in 2005 with Ó Briain as host and has remained on BBC Two for 21 seasons.

News of its cancellation has been met with criticism from fans of the long-running show. Neil, however, appeared to support the BBC’s decision to axe it.

The 73-year-old posted a tweet, reading: “Mock the Week deserved to be cancelled,” linking to an article written by The Spectator with the same title. Neil is the chairman of The Spectator.

The article argued that the programme was “well past its time” and that the “quality” of comedy on the show was “compromised” following the BBC’s decision in 2014 to no longer create all-male panel shows.

Ó Briain reacted to Neil’s tweet with a response that has been praised by fans.

He responded: “Still, at least I didn’t bail on it after two weeks and f*** off to my house in France, eh Andrew? All the best! X”

In June last year, Neil took some time off from the channel less than two weeks after it was launched. In September, he announced that he was resigning as the chairman and lead presenter of GB News.

Several of Ó Briain’s fans have applauded the show host for his scathing response to Neil.

“Well said,” wrote one person, while another added: “Absolutely obliterated.”

Ó Briain found out about the cancellation when he was on holiday with his family.

Discussing the show’s end, Ó Briain said: “That’s it folks; the UK has finally run out of news. The storylines were getting crazier and crazier; Global pandemics, divorce from Europe, novelty short-term prime ministers. It couldn’t go on.

“And so, regretfully, we are closing the doors on Dara and Hugh [Dennis]’s Academy for Baby Comedians. We just couldn’t be more silly than the news was already. Huge thanks to all our guests over the years, so many of whom went on to huge successes of their own, and never write or call. It was a joy!”

Dennis has appeared alongside Ó Briain in every regular episode of Mock the Week. Other regular panellists have included Frankie Boyle, Andy Parsons and Chris Addison.

The final eight episodes of Mock the Week will air on BBC Two this autumn.

Worlds Collide: The Manchester Bombing review – A calm, conscientious documentary that shows the extraordinary spirit of the survivors

Helen Baxendale: ‘Nobody asks me to do sex scenes now, which is a great relief’

Ryan O’Connell: ‘I had a fear being gay was going to be really, really difficult as a disabled person’ 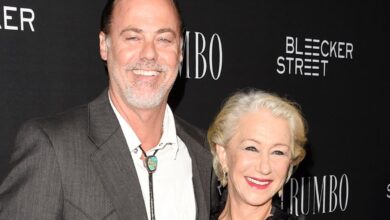