The prime minister’s official spokesman added that “additional facts” had been placed in the public domain over the weekend by Mr Zahawi.

Mr Sunak has ordered his ethics adviser to examine Mr Zahawi’s tax affairs as “clearly in this case there are questions that need answering”.

Mr Zahawi said he was confident he “acted properly throughout” and has resisted calls to stand down despite warnings from Tory MPs that his position is “untenable” and calls from Sir Keir Starmer for him to be sacked.

A source close to the former chancellor told PA that Mr Zahawi would stay in his role, while a senior Tory said he was “unlikely” to survive the row over a tax penalty from HMRC, estimated at around £5m.

Anneliese Dodds, Labour chair, said her Tory counterpart could help clear up the controversy by publishing his tax returns going back to 2018, the year a stake in YouGov was sold by a Gibraltar-registered trust linked to Mr Zahawi. 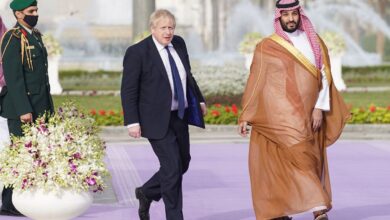