After Ne-Yo finished making his new album, he played one of the songs to his wife. “I asked her if she was OK with me putting it on the album, because it’s such a personal record,” he says. “Don’t Love Me” has the song’s protagonist pleading for his partner to reconsider their relationship after admitting to his own flaws; lines include: “You should walk away / it’d be selfish of me to ask you to stay.”

The 42-year-old singer and songwriter, who was born Shaffer Chimere Smith, has been a major presence in R&B for well over a decade. His breakout single, “So Sick”, topped charts globally in 2006, while later singles “Closer”, “Let Me Love You” and the 2011 Pitbull collaboration “Give Me Everything” have also reached No 1 in the UK. Play any of those songs in a bar today, and millennials will flock to the dancefloor, enticed by the night-out bangers that defined their teens and early 20s. Though his most successful musical offerings have veered closer to pop and dance musical territory, Smith’s eighth album, Self Explanatory, shows a return to his more soulful origins; a slower pace, and priority placed on vocal clarity over heavy production.

He and his wife are fine now, by the way. “But there was a point in time where [“Don’t Love Me”] was a difficult song to listen to.” Smith and Crystal Renay Williams, who have three children together, were married in 2016. (He also has two children from a prior relationship.) Though Smith filed for divorce in February 2020, the pandemic ended up being something of a saviour for their relationship; co-parenting while having to stay in close quarters forced them to address their problems instead of ending things for good. “We really used to be bad about letting things fester,” Smith remembers. “But we’ve gotten better at finding our way to the resolution sooner, as opposed to just staying mad for however long. That’s not healthy for you, or your marriage.”

As someone who also writes for other artists, Smith makes music that is not necessarily autobiographical – but there will inevitably be some lyrics that are directly inspired by reality. Elsewhere on the album, tracks such as “Stay Down” and “My Loot” speak to ideas of unconditional commitment and devotion, while “You Got the Body” is more straightforwardly sexy.

“R&B has always meant most sense to me,” he tells me over the phone from New York. “It’s always been the genre of music that I can really express that level of emotion with.” Love songs, in particular, are the ones that hit Smith’s sweet spot: “It’s always been an uncomfortable truth that heartache makes for great song lyrics.”

In his discussion of love and relationships, Smith is a natural. Perhaps it’s hours of couples therapy; perhaps it’s the years of writing and singing Grammy award-winning songs about the topic that gives him this air of authority. In any case, love is a topic that comes easily to him in conversations, and in his music: “It’s the most universal thing you can talk about.” When it comes to using music as a way to explore politics and social issues, however, Smith is less enthusiastic; he doesn’t quite see the use in adding to the noise.

“I think that’s part of the problem,” he says. “Take the whole Supreme Court situation: I don’t think anybody that doesn’t own a vagina should have any say-so in what happens in regards to them. That’s just my personal belief; it doesn’t make any sense. If the Supreme Court all of a sudden started telling men what to do with their d**ks, the world would flip upside down. That’s my opinion – whereas someone else has another opinion. Opinions aren’t special, because everybody has them.”

Instead, Smith wants his audience to feel some respite from the troubles of the world. “I’d rather sing the song that you put on to escape the drama for the night. ‘Life’s hectic right now, let me just throw on a Ne-Yo album. Let me recharge the batteries, and then jump back in the storm.’”

But what happens when someone who once provided escapism with their creative talents becomes more known for causing harm? In June, after years of rumoured crimes, R&B singer R Kelly was sentenced to 30 years in prison for using his celebrity status to sexually abuse children and women. Upon hearing the verdict and the news that the disgraced singer would very likely spend the rest of his life in jail, Smith wasn’t surprised. “I mean, there were a lot of cases, so I expected something in the realm of that,” he explains. “I pray this gives everybody who feels they were victimised by him a little bit of closure, on whatever pain was caused.”

Though he’s clear on his support of Kelly’s victims, Smith is more torn on the matter of what to do with Kelly’s music now. Despite sharing a photo in support of the #MuteRKelly campaign in 2019, which aimed to encourage a blanket ban on streaming and playing his music, Smith’s current perspective is less clear-cut. “I have always been a person that can separate the artist from the art,” he says. “I don’t give a damn about your personal life, I don’t give a damn about what you’ve done wrong, or what you’ve done right – if I like the song, and it’s attached to a memory that means something to me, it has nothing to do with [the artist] as a person any more. It’s what this song means to me.

“I’ve been in parties where someone will turn on an R Kelly record, and people will be like ‘Boo!’ That’s bulls***, because you know good and well that before this happened, you’d be rocking out to this song, just like everybody else. From time to time, I still listen to R Kelly music; you just can’t deny the quality. Anybody who tries to say R Kelly isn’t one of the best songwriters on the face of the planet because of what he did in his personal life, you’re looking at the wrong thing.”

But back to his own career: Smith is simply happy that his work is still appreciated – even if it’s more often his earlier music. “When someone tells me, ‘Wow, I loved “So Sick” in high school!’, my back and knees instantly start hurting. I think, ‘Wow, I really have done this a long time!’” he laughs. “But at the same time, I’ve always been really aware of my blessings.

“There’s people who didn’t make it to 42 years old. I have friends who didn’t. I embrace it completely; call me ‘Unc’, call me ‘OG’, whatever. To be able to be called that is a blessing.”

Ne-Yo’s eighth album, Self Explanatory, is out now 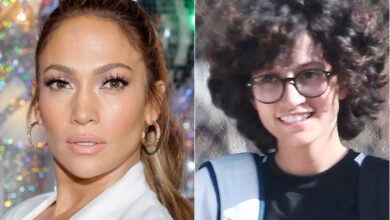 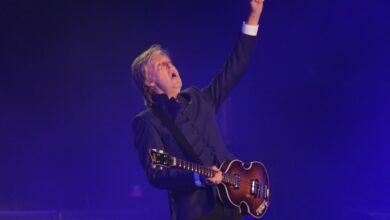 Paul McCartney review, Glastonbury 2022: It’s a historic privilege just to be alive at the same time as him 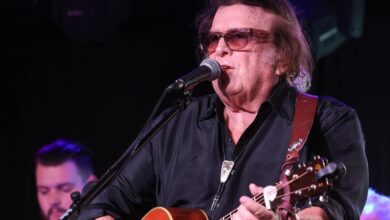