Net migration to the UK has reached a record high, with an estimated 504,000 more people arriving into the UK than departing in the past year, new ONS estimates show.

It is also the first time since 1991 that more EU nationals have left the UK than arrived. Net migration of EU nationals is minus 51,000 for the year up to June 2022, new estimates show.

Total immigration to the UK is at its highest level since ONS started recording the statistics in 1964 – with 1.1million people arriving in the past year.

Net migration is also at its highest level since records began. The last time net migration to the UK was this high was in March 2015, when the figure was 331,000.

In the year up to June 2022, the Office for National Statistics estimated that net migration of non-EU nationals to the UK was 509,000.

Commenting on the statistics, Jay Lindop, ONS’ deputy director of the Centre for International Migration, that a number of world events had driven up migration to the UK in the past year.

He said that international migration patterns in the 12 months to June 2022 were “unprecedented”.

“These include the end of lockdown restrictions in the UK, the first full period following transition from the EU, the war in Ukraine, the resettlement of Afghans and the new visa route for Hong Kong British Nationals (Overseas), which have all contributed to the record levels of long-term immigration we have seen,” he added.

Boris Becker’s daughter ‘in shock’ over his jail sentence 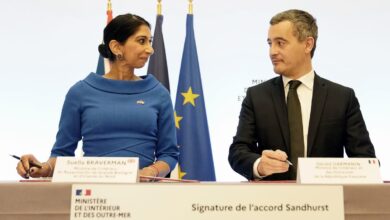 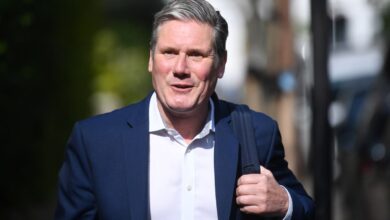