A “wonderful” three-year-old boy has died in hospital almost a week after a motorway crash that also killed a four-year-old girl.

The car they were travelling in was hit by a van on the M4 near Newport, South Wales last Saturday.

Four-year-old girl Gracie-Ann Wheaton, from Tredegar, was severely injured and died the next day.

The boy was being treated in the intensive care unit at the University Hospital of Wales in Cardiff, but he died on Friday afternoon.

A man and a woman were also injured.

It is understood they had been returning from a children’s birthday party.

A 41-year-old man from Neath Port Talbot was charged with causing death by dangerous driving following the crash.

Relatives said the boy, who cannot be named for legal reasons, was “loving” and “touched everybody’s heart”.

A family member said: “After a week of fighting, he has passed away.

“He was wonderful, creative and a kind soul. He turned the grey skies blue.”

The crash took place on the westbound carriageway between junctions 28 and 29 at around 1.45pm on February 5.

It prompted a huge emergency services response and the road was closed for around seven hours.

A GoFundMe page set up in the aftermath of the crash has raised almost £10,000.

The driver of the Ford Transit van involved in the collision appeared at Newport Magistrates’ Court on Monday.

He has been remanded in custody pending a hearing at Newport Crown Court on 21 February.

Anyone with dashcam footage of the collision, or information that could help the investigation, can call Gwent Police on 101 and quote 2200041245. 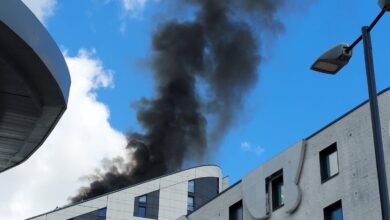 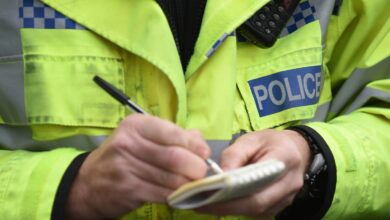 Murder probe launched after boy, 15, stabbed outside school in Huddersfield