The NHS is facing a major exodus of doctors of ethnic minority backgrounds due to persistent levels of racism faced at a personal and institutional level, a groundbreaking study has revealed.

Nearly one third of doctors surveyed have considered leaving the NHS or have already left within the past two years due to race discrimination, with 42 per cent of Black and 41 per cent Asian doctors in particular having considered leaving or having left.

The survey, shared with The Independent in advance of publication on Wednesday, paints a picture of institutional barriers to career progression, dangerously low levels of reporting of racist incidents and a growing mental health burden on ethnic minority doctors.

With more than 2,000 responses from doctors and medical students across the UK, the BMA – a professional association representing all doctors in the UK – believes that this survey is one of the largest of its kind to document the experience of racism in the medical profession and workplace.

Dr Chaand Nagpaul, BMA chair of council, said: “The NHS was built on the principle of equality of care for patients whoever they are, but this report shows that the NHS is shamefully failing in this principle for its own doctors, with those from ethnic minorities reporting alarming levels of unfair treatment and racial inequality at work.

“It is deeply concerning that so many of those surveyed did not report racism, either out of fear of recrimination, being labelled a troublemaker or a lack of confidence it would be properly investigated. This means that doctors are suffering in silence, and the true extent of racism is neither exposed nor addressed.”

The report depicts the scale of suffering endured by professionals, from being overlooked for promotion and forced to change their chosen specialty to feelings of isolation and exclusion.

One consultant, who is of Black African background, said: “Less confident to report such incidents again because no action was taken against the perpetrator. I feel uncomfortable and anxious of reprisals.”

With 60 per cent Asian and 57 per cent Black respondents seeing racism as a barrier to career progression, patients are failing to benefit from the full skills and talent of an ethnically diverse workforce, the BMA chair said.

“What all this this adds up to is a tragic waste of potential as doctors of ethnic minority are held back, dragged down or simply walk away from the profession,” Dr Chaand added.

“Racism is wrecking the lives of many doctors, affecting patient care and threatening services. The time for talk on this is over. Our report makes a range of clear recommendation for change which demand action across the health system, from government to NHS organisations, leaders and other institutions.”

Experiences of racism are significantly under-reported in the NHS, the survey found, with 71 per cent of respondents who personally experienced racism having chosen not to report the incident to anyone.

The most common reasons given by respondents for not reporting experienced incidents were not having confidence that the incident would be addressed (56 per cent) and being worried about being perceived as a troublemaker (33 per cent).

Speaking to The Independent, experts put forward a number of potential solutions to endemic discrimination within the NHS.

Dr Shehla Imtiaz-Umer, a GP in Derby who responded to the survey with her own experiences of racism, is calling for more policies to be created to support staff members who experience racism from colleagues and patients alike.

“I think sometimes the NHS can be a toxic work environment, not only because of individuals holding racist views but because there isn’t accountability across the system,” she said.

“We need to have visible leadership and role models; we’ve got medical students coming into the profession and not seeing people they can relate to, they don’t have any insight into how they can progress to that level. We know that there are career barriers the whole way through.”

“There needs to be affirmative actions regarding patients and colleagues who display racist views,” Dr Imtiaz-Umer, who is also an EDI champion in her local area, added.

“At the moment I don’t think we’ve got any policy that specifically says what you can do if a patient is overtly racist to you. It’s always about patient care which is completely correct, however we need to also reflect back on the experience that workforce has because of that. 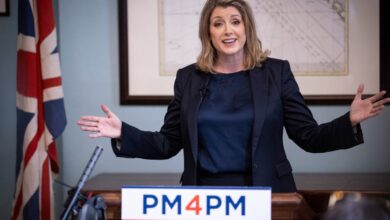 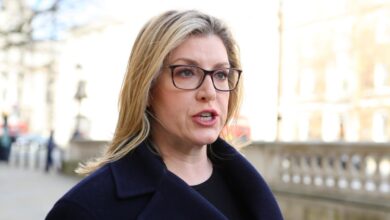 Mordaunt and Badenoch way out ahead in poll of Tory members 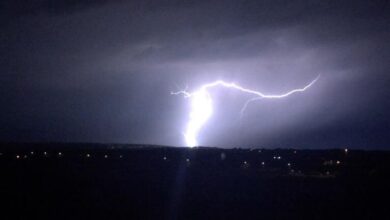