More than 115,000 postal workers will stage a series of strikes in August and September to demand a “dignified, proper pay rise”.

Britons can expect disruption to postal services on Friday 26 August, Wednesday 31 and 8 and 9 September, when the industrial action will take place.

Royal Mail said that following negotiations with the Communication Workers Union (CWU), it has given an unconditional 2 per cent pay increase, backdated to 1 April 2022.

A further 3.5 per cent increase is available, subject to agreeing on a series of changes, the company said.

The CWU countered that it thought the pay offer would lead to a “dramatic reduction” in workers’ living standards because of soaring inflation.

The ballot for strike action saw members vote by 97.6 per cent on a 77 per cent turnout to take action on what the CWU said will be the biggest strike of the summer so far.

Royal Mail said the decision to strike is an “abdication of responsibility” for the long-term job security of CWU members.

CWU general secretary Dave Ward said that postal workers are being “pushed to the brink” and warned Royal Mail there will be “serious disruption” until there is further action on pay.

He said: “There can be no doubt that postal workers are completely united in their determination to secure the dignified, proper pay rise they deserve.

“We can’t keep on living in a country where bosses rake in billions in profit while their employees are forced to use food banks.

“When Royal Mail bosses are raking in £758m in profit and shareholders pocketing £400m, our members won’t accept pleads of poverty from the company.

“Postal workers won’t meekly accept their living standards being hammered by greedy business leaders who are completely out of touch with modern Britain.

“They are sick of corporate failure getting rewarded again and again.

“The CWU’s message to Royal Mail‘s leadership is simple – there will be serious disruption until you get real on pay.”

In a statement to the stock market on Wednesday, Royal Mail said the CWU had “failed to engage meaningfully on the business changes required”.

The statement said: “The negative commercial impact of any strike action will only make pay rises less affordable and could put jobs at risk.

“The CWU has a responsibility to recognise the reality of the situation Royal Mail faces as a business, and to engage urgently on the changes required.

“Royal Mail remains ready to talk with the CWU to try and avert damaging industrial action and prevent significant inconvenience for customers. But any talks must be about both change and pay.

“Royal Mail has contingency plans in place and will be working hard to minimise disruption and restore normal service as soon as possible.” 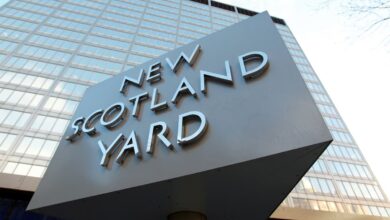 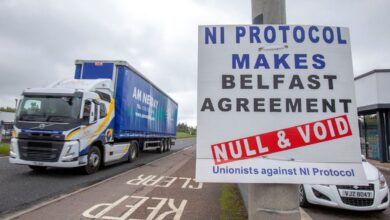