Novak Djokovic insists he’s prepared to miss the French Open and Wimbledon over his vaccine stance.

The Serbian was deported from Australia last month when the government cancelled his visa following a row over his vaccine status.

While Djokovic’s stance arguably cost him a Grand Slam as rival Rafael Nadal claimed glory in Melbourne to move ahead of him and Roger Federer in the race to secure the most men’s singles titles in tennis history.

And while Djokovic maintains he is not part of the anti-vax movement, he supported every individual’s right to choose.

“Yes, that is the price that I’m willing to pay,” Djokovic told the BBC. “I understand the consequences of my decision.

“I understand that not being vaccinated today, you know, I am unable to travel to most of the tournaments at the moment.

“I was never against vaccination, but I’ve always supported the freedom to choose what you put in your body.”

With Nadal now on 21 Grand Slams, Djokovic risks falling behind the Spaniard. But Djokovic explained that his willingness to impact his tennis legacy was “because the principles of decision making on my body are more important than any title or anything else. I’m trying to be in tune with my body as much as I possibly can.” 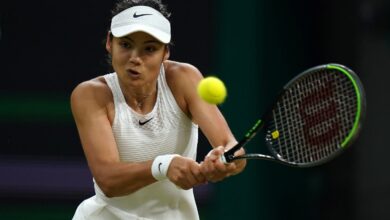 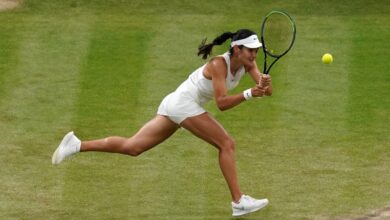 Serena Williams indicates she will play Wimbledon after year-long absence

Novak Djokovic ‘keeping mind open’ about being vaccinated in future