Novak Djokovic is “keeping his mind open” about the possibility of getting a Covid vaccine in the future.

The Serbian has been engaged in a row over his vaccine status this year, which resulted in his deportation from Australia last month after the government cancelled his visa ahead of the Australian Open.

Djokovic insists he is not part of the anti-vax movement, but maintained he is prepared to miss the French Open and Wimbledon over his “principles”.

But the 34-year-old did not rule out getting the Covid-19 jab to pave the way for his future involvement in several tournaments around the world.

Djokovic told the BBC that he could change his mind “because we are all trying to find collectively, a best possible solution to end Covid”.

While the 20-time Grand Slam winner maintained that he supported every individual’s right to choose.

“Yes, that is the price that I’m willing to pay,” Djokovic added. “I understand the consequences of my decision.

“I understand that not being vaccinated today, you know, I am unable to travel to most of the tournaments at the moment.

“I was never against vaccination, but I’ve always supported the freedom to choose what you put in your body.”

With Nadal now on 21 Grand Slams, Djokovic risks falling behind the Spaniard. But Djokovic explained that his willingness to impact his tennis legacy was “because the principles of decision making on my body are more important than any title or anything else. I’m trying to be in tune with my body as much as I possibly can.”

Djokovic was detained upon arrival in Melbourne in early January before engaging in a legal battle, which eventually result in his deportation on the eve of the Australian Open.

The conclusion from the Australian government’s perspective was that Djokovic “may foster anti-vaccination” sentiment and cause “civil unrest”. This was held up in the full federal court following a desperate last-ditch appeal by the Serbian.

Djokovic then accepted his fate, withdrew from the Australian Open and described the ruling as “extremely disappointed”. 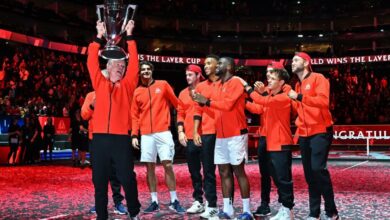 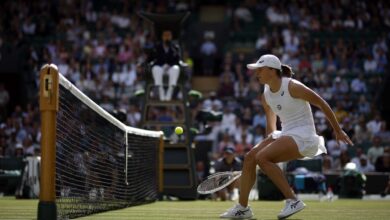 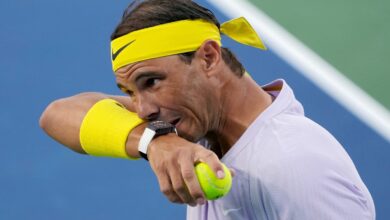 Rafael Nadal plays down US Open concerns despite defeat in Cincinnati