Chart-topping rapper Dizzee Rascal “pressed his forehead against” his ex-fiancee and “pushed her to the ground” during a “chaotic” argument at a home in south London, a court has heard.

The 36-year-old behind chart-topping singles ‘Bonkers’ and ‘Dance Wiv Me’ attended the trial at Wimbledon Magistrates’ Court on Friday.

Prosecutor Helena Duong said the assault occurred in “the context of a domestic dispute” about child contact.

Mills and Ms Jones, who have two children and had been together nine years before splitting in February 2021, were arguing about their children when he dropped his daughter off at the property, the court heard.

Ms Duong said Mills had been “confrontational” when he picked his daughter up earlier that day.

Later in the afternoon, Ms Jones rang Mills when he was late dropping off their daughter and he began “swearing” on the phone, the prosecutor said.

When he arrived at the property, Ms Jones said he could not come in but he picked up his son at the entrance and “barged her out the way to make his way into the house with his son in his arms”, the court was told.

Ms Duong said he made his way into the kitchen where Ms Jones’s mother, Dawn Kirk, was and he was “screaming and shouting”.

The prosecutor said Ms Jones began to film Mills, adding: “The crown say it shows him raising his voice towards Ms Kirk while he has his son under his arms.

“The crown say he became very angry and started acting erratically, banging his head three times on the fridge with his son in his arms.”

Ms Duong said she tried to call the police but he grabbed her phone, adding: “Ms Jones wanted to get her son off him.”

The prosecutor said he then “put his forehead against hers and pushed her around the room” and Ms Jones then screamed: “Get off me.”

There was then a “scuffle for the phone” and Mills “pushed her to the ground and she landed on her elbows”, the court heard.

Ms Duong said: “The shouting was sufficiently loud to cause concern to the neighbour” who came over to calm the situation down and found “Mr Mills getting to 100% anger”.

The prosecutor described the dispute as a “fairly chaotic scene of moving around the house”.

Ms Jones told the court in tears that Mills grew “very angry” and “was out of control” during the incident.

She said he “nearly dropped” their son, adding: “He was screaming for me and I said ‘Please just give me him’.”

Ms Jones later said: “He put his forehead on my forehead and he pushed me around the room” but added that it was not a “headbutt”. 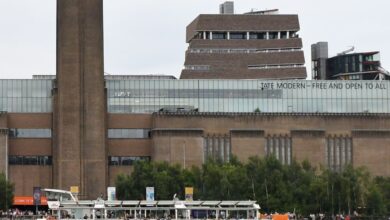