Scything through the dark of a hotel room in Canary Wharf, the light of Paddy Pimblett’s phone screen emitted the last message that anyone would wish to wake to.

It was at 4am on Friday 22 July that Pimblett received the news that his friend Ricky, back home in Liverpool, had taken his own life. Pimblett was due to weigh in just five hours later. Thirty-six hours after that, the UFC lightweight was due to fight in a sold-out O2 Arena.

“I obviously just burst into tears,” Pimblett, 27, recalls. “The other person who was in my room was like: ‘Are you okay? Are you alright?’ I was like: ‘No, not really.’ I ruined his night’s sleep as well.

“That had to get put aside until after I’d fought to be honest. You just have to try and put it to the back of your mind. I couldn’t sit there and dwell on it; I had weight to make, you know what I mean? I had another two-and-a-half pounds to lose.”

Shortly after 9am, Pimblett headed downstairs to tip the scales, making weight for his UFC London clash with American Jordan Leavitt.

“That’s probably another reason why I smacked my a** in front of everyone [at weigh-ins], lad,” Pimblett continues, “because I was half-angry with everything else that was going on, and I was half-angry even thinking about [what happened to Ricky].

“I was thinking about it the day of the fight. Even before I walked out, I nearly started crying – until Jordan’s song came on and I started having a nice sing-song to it. As you could see, as soon as I started talking about it after the fight, I just broke down into tears.”

Pimblett submitted Leavitt in the second round to fill the O2 Arena with ecstasy, before draining those present of every drop of empathy, revealing the news about his friend and urging men to speak more openly about their mental health. Pimblett also paid tribute to Lee Hodgson, his young friend who recently passed away at just four years old after suffering from a terminal illness.

“That speech was just something that came from my heart; I didn’t plan none of it, it just came out,” Pimblett says. “I wanted to dedicate the fight to Lee and Ricky, and then I started talking about Ricky and it all just came out. I couldn’t help it. I think that was because I had it all bottled up inside me.

“I’ve watched the fight back as well, and I wasn’t fighting like I normally do. I was literally walking at him, throwing left hooks and backhands, trying to take his head off.”

Pimblett has received widespread praise for his powerful speech, which has led a facilitator at Andy’s Man Club – a prominent men’s mental health group in West Yorkshire – to report a significant rise in the number of attendees in recent weeks.

“More men going out and speaking and getting things off their chests, that means more to me than any victory in a cage ever will, lad,” Pimblett says. “Winning in the Octagon does mean a lot to me, but people telling me that they haven’t killed themselves – because of something I’ve said – and things along them lines, it means more than any win will ever mean to me, to be honest.

“We’ve had thousands of messages – not just me; my manager, my coach – off different people and organisations. I want to thank every single person for every one of them messages.”

Pimblett says he has had to turn down ambassadorial opportunities at “over 100 charities”, wishing he could represent all of them but keen to set up his own mental-health charity this year.

The Liverpudlian’s sphere of influence will only continue to grow as his profile does, and that is happening at a considerable rate already. Since debuting in the UFC in September, “Paddy The Baddy” has gone 3-0 in the promotion with stoppage wins each time out. First to fall was Luigi Vendramini, knocked out in the first round. Then there was Rodrigo Vargas, submitted in the first round. Next was Leavitt, tapping out in the second frame. The rapidness of Pimblett’s rise and the innate charisma that he carries have led to inevitable comparisons to Conor McGregor – even by UFC president Dana White.

“I’m not the next Conor McGregor, lad,” Pimblett insists. “He’s his own entity. I’m the next ‘Paddy The Baddy’, I’m the next big thing, and I think everyone’s starting to realise that now. I said it when I joined the UFC, and everyone laughed at me. Three fights in, people are starting to get the gist.”

Pimblett, a former Cage Warriors champion like McGregor, is not necessarily destined to replicate the Irishman’s feat of going on to claim gold in the UFC. Granted, some believed that McGregor would fall on his journey to a UFC title – he would in fact win two – but the flaws in Pimblett’s game are more evident.

Still, fighting is all Pimblett has ever known, and his commitment to the cause is unwavering. 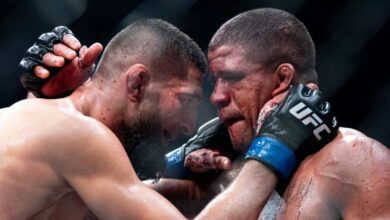 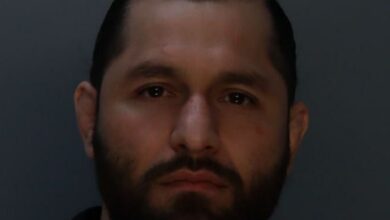