Patricia Arquette was tired, shivering and couldn’t figure out how to love a murderer. It was a chilly Detroit winter in 1992, and the then-24-year-old actor had begun filming what would become her seminal role: the tough-as-nails fantasy girl Alabama in Tony Scott’s True Romance, a barbed love story with a smoking gun where a first kiss should be. As the besotted wife of Christian Slater’s killer-on-the-run, Arquette at least had Alabama’s look down: the cow-print mini-skirt, the leopard-spotted coat, the feathered Farrah Fawcett ’do done on the cheap. Everything else? Not so much.

“I struggled with playing her,” she remembers, 30 years later and sitting serenely in a Los Angeles hotel suite. “She’s so supportive, even of things that are kind of shocking. Her boyfriend murders someone and she’s still like… yeah! My acting coach told me, well, what are you going to say? ‘Don’t do that?’ ‘How dare you?’ So I treated it like it was a survival mechanism. I think her capacity to totally love without judgment is what people respond to. But it was really difficult to play that.” You’d never have guessed, I tell her. She lets out a sigh of relief. “I’m so glad you didn’t see my struggle.”

The role distils the essence of Arquette’s screen presence: no one loves quite like her, whether as scarily or as unconditionally. In Tim Burton’s Ed Wood, she was a housewife in conservative Fifties Hollywood who didn’t care that her film director husband was a transvestite. As an alluring femme fatale in David Lynch’s Lost Highway, she was love at its most foreboding, the kind you want to run away with even if it might kill you. In Boyhood – which won her a Best Supporting Actress Oscar in 2015 – she embodied one of cinema’s truest, most multi-faceted, un-idealised mothers.

She had to curb those instincts for Severance, a new Apple TV+ series so mordantly believable that it feels wrong to call it science-fiction. It’s set in the eerie corridors of a tech company called Lumon Industries, which apparently specialises in “topical sales” and “macro-data refining”. Arquette plays Harmony, Lumon’s all-seeing manager and a woman every bit as warm and cuddly as an HR manual. The company has innovated a hellish solution to the quest for work/life balance: employees have their minds wiped as they enter and leave the workplace, effectively splitting their existences in two. When they’re at work, they have no idea what they do outside of it, and vice versa. On paper, it’s slightly tantalising, but also ripe for exploitation and ethical horror.

Arquette found the premise revelatory. The 53-year-old has spent much of her career balancing motherhood with acting – that’s her toddler Enzo, now 33, stomping along the beach at the end of True Romance, and she has an 18-year-old daughter named Harlow. Sometimes she was desperate to switch off one or the other. “As a mom growing up as an actor, I always felt guilty that I wasn’t at home,” she says. “But when I was at home, I felt like: am I gonna know my lines for tomorrow? Work and home was always bleeding over each other. So the [Lumon] idea sounds – conceptually – like a relief. But in reality, and as an actor, I need my whole life of experience, and my observations of people when I’m not at work. I need the things that I feel: my life and my losses. As an actor, it would be a horrible thing.”

Over Zoom, Arquette speaks softly and mellifluously; she squints from behind black spectacles, which peek out from a sharp ice-blonde fringe. She has the air of a politician, a deadpan seriousness that cracks only when she talks about her family or her past work. Then she becomes looser, funnier, a little nostalgic. I tell her that it was unusual to see her so tapered down and isolated in Severance, when she’s often so tactile on-screen. She’s always hugging, smirking, feeling.

“Everything was confining,” she remembers of her time on set. Severance was filmed in the heart of the pandemic, and Arquette kept being put into quarantine, both because of the Covid rules on set and when people she knew tested positive. “I’d go from this [rigid] structure at work to this apartment that I was alone in, and far away from my family. It was a never-ending pressure cooker of unknowns. We weren’t able to joke with the crew the way we used to. Even as actors, we couldn’t really bond that way. I felt a kind of starvation.”

Coincidentally, the show feels reminiscent of David Lynch. Not in the way “Lynchian” gets tossed around whenever anything is made that’s a bit formally askew, but because it almost dares you to go with it. Severance is obtuse and unusual, a drip-feed of unsettling horror that feels distant yet scarily familiar. Arquette loves that space, or work that doesn’t take its audience for fools. She felt a symbiosis with Lynch when she was directed by him, both of them artists drawn to the unconventional.

“He has an incredible openness for mistakes,” she recalls. “He told me that people think all films have a beginning and an end, but that there doesn’t have to be. A crew member would come up and say, ‘Oh, I had this weird idea,’ and he’d be, like, ‘Ooh, let’s check that out!’” At one point, Arquette’s character in Lost Highway seems to fade in and out of focus in a shot, like a seductive phantom. It wasn’t intentional, she says. “He’s like, ‘She got blurry? Oh, great!’ He just has a lot of respect for the audience, and believes that we don’t have to tell stories exactly as we’ve always told them.”

That sense of artistic disruption made a lasting mark on Arquette. But she’d always been allergic to the typical, even from her earliest years. She calls her late parents – actor Lewis and artist turned counsellor Mardi – “activists and radicals”, who were drawn to different faiths and creative vocations. “My mom was Jewish and my dad converted to Islam – they were never supposed to marry each other. They questioned everything, and raised us that way.”

It would have been a strange and disappointing twist if she and her siblings – actors Rosanna, David, Alexis and Richmond Arquette – hadn’t ended up so interesting as a result. Today, David is an actor, wrestler and professional clown. Outside of acting, Rosanna is a leading voice against sexual misconduct in Hollywood. Richmond is a David Fincher regular. Alexis, who died in 2016, was a trans pioneer who packed performances of staggering weight and complexity into her short career. Patricia, meanwhile, was shyer and quieter than her siblings, and originally pondered becoming a midwife. Rebellion was in her blood, though. As a child, she would always wear a badge with the words “question authority” written on it. Today, she describes herself as a “troublemaker”. In her Instagram bio, it takes pride of place alongside “actor” and “activist”. “I’ve always been a little anti-establishment,” she explains. “There’s a contrarian aspect to me.”

When she won the Oscar for Boyhood, she used her speech to advocate for wage equality in the United States. Meryl Streep and Jennifer Lopez could be seen pointing and cheering from the audience, in a reaction that quickly found a second life as an internet meme. Seven years since her win, she is still unsure if the speech had an impact on salaries within the film industry. “The majority of big movies nowadays are these giant sci-fi action superhero movies, where less of the lead characters are female,” she says. “So I’m not sure how that conversation is going.”

Arquette’s uncertainty might be because she hasn’t made many films since Boyhood – or even in the years before it. Instead, she spent seven seasons on the underrated mystery drama Medium, and has in recent years appeared in an enviable run of hit limited series, playing a suffocating mother in the Starz true-crime drama The Act, and a lonely prison warden in Sky Atlantic’s Escape at Dannemora. Television has been fruitful, but she longs for more filmmaking and the pleasures of watching movies on a big screen. “I miss the community [feel] of watching art together,” she says. “Laughing together, or crying, or being scared together. There’s a shared energy in that room. Kids growing up today, some of them have never known what it is to even watch a big Disney movie with other kids. It’s a very surreal time. We live in science fiction.”

The strange new rhythms of the world – exacerbated by the pandemic – have only reinforced for her the value of community and togetherness. Likewise, she’s begun opening herself up to modes of thinking that she may have balked at years ago. “I’m really loving getting older,” she says. “I’m finding this gentleness is starting to creep up. [I’m] seeing the bigger picture of things.” It didn’t used to be that way. Her parents would often tell her of a “ritualistic celebration party” they brought her to when she was a toddler – this was in their hippie years – in which various objects would be placed in a circle. The children would be asked to pick one from the circle – a guitar, a cop’s badge, a legal brief, and so forth – with the story going that the object chosen would correlate to where each child would end up. The young Arquette bounded towards one object in particular. “I picked up a judge’s gavel and just started slamming it down,” she laughs. It did end up coming true to an extent. “I’ve always been very black and white, very judgmental. It’s been my nature. Now, though? I’m trying to see more of the grey.” Alabama would be proud. 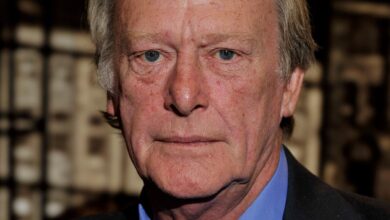 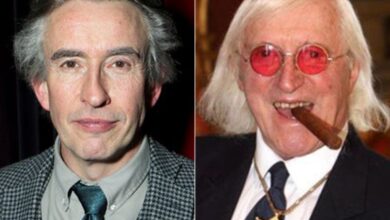 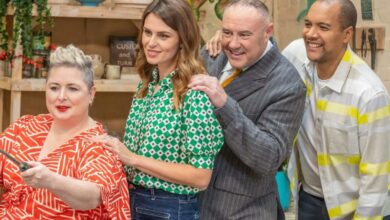 Love Island review: Finally, the islanders have caught feelings – so when does Casa Amor start?