What’s really behind our collective fascination with Paul Mescal? It can’t simply be his talent (though his on-screen appeal continues to rise at ever-rapid pace; just this week he has proved himself the golden boy of this year’s Oscars, with a Best Actor nomination for Aftersun).

If you’re a little surprised by Mescal’s rise to glory, you’re not alone: in casual conversation with friends and colleagues, the same review repeats itself, time and time again: “He mumbles”.

Paul Mescal has made a career out of… well, mumbling, but also of being moody and sparing. Even reticent. But that’s not to say he isn’t oddly compelling to watch. I was captivated by the BBC adaptation of Sally Rooney’s Normal People during lockdown, like everybody else; it resonated in a way it might not have resonated during more “normal” times (to borrow a title).

Stuck in the spare room at home for months on end, newly single and mostly alone (save for some hefty existential angst), I allowed myself to get lost in the teen angst relationship between Connell and Marianne. I enveloped myself in Mescal’s brooding depiction of Rooney’s main character love interest; finding fondness and familiarity in his emotional unavailability, his begrudging and spiky self-protection, the defensive walls he put up to guard himself from love and vulnerability and from risk of getting hurt.

Mescal brought Connell to life – and so, too, raised from the dead every boyfriend I’ve ever had.

Oh, I’ve felt like Marianne. I’m sure most of us have. Certainly those of us who have ever been attracted to men like Paul Mescal, anyway. But it would be overly-simplistic to mix the man up with the muse; Paul Mescal is not Connell Waldron, any more than Daisy Edgar-Jones is Marianne Sheridan.

To address the shallow, then, we have to ask, when trying to get to grips with his appeal: is it his looks? His neck chain in Normal People became such a source of fascination and lust that it got its own hashtag, after all.

I’m not sure it’s as basic as that. While the 26-year-old is certainly handsome – in a rugged and surprising, “hot boy next door” kind of way – he’s no Michael B. Jordan or Harry Styles. He’s no Love Island blazing veneers-and-bronzed-pecs pin-up, or the classic “hunk” that you might have pulled from the centre of Mizz magazine or Smash Hits to stick on your bedroom wall (if – like me – you’re an older millennial). He is exceptional in his ordinariness; proof, perhaps, that what he exudes is something intangible. To stick with my slightly outdated, aged pop references: Paul Mescal has the “X factor”. There isn’t even a word for it – though “charisma” might come close.

But there’s a deeper and darker possibility. Mescal, to me, seems to fit within a niche category of men who have come to define a “tortured artist” trope; one that existed long before dating app culture threw up talk of being “ghosted” or “breadcrumbed” by “softbois” and “f***bois”.

If he were played by a character in a film (rather than playing the character, for once) Mescal would be the quiet boy at a party. The best friend who you don’t realise you’re in love with until you are; until he writes you a poem, and then it’s dizzying. He’s Jake Gyllenhaal in Donnie Darko; Christian Slater in Heathers, Heath Ledger in 10 Things I Hate About You, Owen Wilson in Midnight in Paris, Judd Nelson in The Breakfast Club, Ryan Gosling in Drive – even Penn Badgley in You, with less of the serial killer appeal. He is Marlon Brando, James Dean, Leonard Cohen.

In Nick Broomfield’s documentary, Marianne and Leonard: Words of Love, Aviva Layton (whose husband, the poet Irving Layton, had an affair with another woman) says: “Poets do not make good husbands. You can’t own them. You can’t even own a bit of them.” She might, I fancy, be talking about Paul Mescal.

Poets, artists, actors: take your pick of “tortured” or “wounded” men and, chances are, he’ll be wearing a leather jacket and leaning back against a lamp-post, reading Proust. Paul Mescal fits in that bracket perfectly; or, at least, he gives the impression that he does.

What he retains is mystery – it is his super-power. We don’t know that much about him, but I suppose we never do when it comes to these kinds of men. They don’t give us much – they don’t give away much at all, to anyone. They are the perfect canvas on which we can project our dark, intellectual fantasies.

We don’t know anything, really, about the “real” Paul Mescal. But that’s entirely the point. We never will. 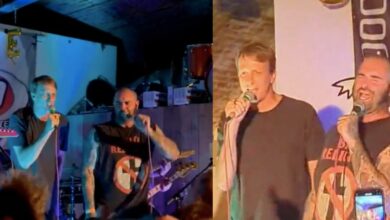 Government ‘cautious but not concerned’ about monkeypox outbreak, minister says 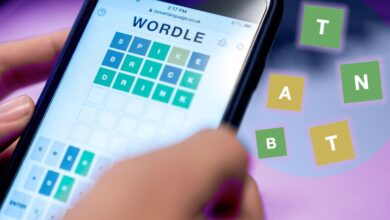 Wordle tips: How to master the game, according to a linguistics expert 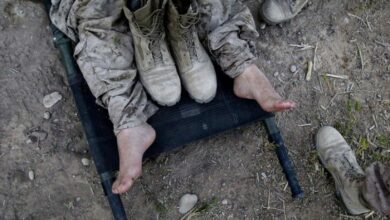