You wouldn’t think a top chef would dare serve a Michelin inspector instant custard power – but that’s exactly what Phil Vickery did.

“I did a steamed sponge pudding, and I served it with Bird’s Custard – and I got a [Michelin] star for that meal. OK, I adapted it – I put a few vanilla seeds in it and bits and pieces – but essentially, it was a thickened starch-based custard – and he loved it!” says Vickery, 60.

Not only that, but in the same meal in 1999, he served something out of the freezer, too. “I had a frozen baby cockerel, because I couldn’t afford to throw them away – I froze and defrosted them – and the head of Michelin had that cockerel as well.”

The chef, who’s been a mainstay on ITV’s This Morning for 23 years, first started using canned and frozen ingredients in the early Nineties when he took over as head chef of a hotel in financial difficulty. “That hotel owed a huge amount of money to the bank, all the staff had gone, it was the recession and the bank were going to shut the doors in six months, so I just couldn’t afford to buy expensive ingredients,” he says. So, he delved into the store cupboard and used what was there instead. “I never cooked halibut, I couldn’t afford it. I never cooked turbot.”

Even when a famous chef came to lunch with a renowned food critic, Vickery served them soup made from water, stock cubes, tinned butterbeans, onions and garlic, with a sprinkle of thyme and olive oil on top.

What was originally conceived out of financial necessity made him “view things in a different way”, and he’s been cooking this way for years at home. His new book, The Canny Cook, celebrates all things canned and frozen, and the cheap, sustainable, easy meals you can make from them.

On This Morning, Holly Willoughby, Dermot O’Leary and co give rave reviews of Vickery’s dishes using store cupboard ingredients (“They don’t fake that!” he says). You might have seen him rustle up rhubarb crumble with strawberry jam and instant custard, or corned beef hash, on the show – “As long as you explain it, it’s fine,” he says, but he’s been criticised by fellow chefs for “deskilling” the industry.

“I don’t give a toss,” he says. “I’ve been called some awful things on Twitter… Some people say to me, ‘You’re the s***test chef on This Morning. I just laugh at it.”

Purists may well sneer but, even today, he believes high-end restaurants use far more canned produce than diners realise. “Chefs are quite dishonest as well, [if you asked] ‘What are you storing this stuff for?’ They’d never tell you,” he says.

Early stages of the pandemic saw the public panicking to refill their cupboards with tinned ingredients – and even now we’re over the worst of it, “People are squeezed, budgets are squeezed, and it’s just a perfect way of utilising what’s around”, Vickery says. “And you can make very good dishes – simple stuff, without having to spend too much money. [So] don’t turn your nose up at some things you can buy canned or frozen.”

While some preserved ingredients can simply be thrown into whatever you’re cooking to save time and money (he recommends swapping half the meat in a lasagne for a tin of lentils), others need a bit more love.

“I hated frozen cauliflower,” he admits, “but I bought some in Iceland, a bag, a kilo, I roasted it in the oven – to get rid of the moisture – and I put salsa verde and chopped anchovies on it out of a can, and it was amazing! And that was a pound.”

He continues: “I bought 360g of individually frozen yellowfin tuna steaks (£2.99) from Aldi, wanting to hate them. Oh my goodness, I made ceviche, I made a poke – it was fabulous.”

There are a few things he doesn’t recommend buying frozen – scallops or monkfish, for example, but cod, haddock, salmon and tuna all freeze perfectly well, he says. His recipes include canned crab meat and lobster, and although “you can definitely taste the difference – it doesn’t taste as good as fresh lobster – it gets pretty close to it for a fraction of the price”.

Waitrose, he says, does canned squid in black squid ink sauce (£1.10) – “That can will flavour two portions of rice, and that black ink sauce, honestly it’s fabulous,” he says. “And squid can be as tough as old boots, but in a can? Fantastic. So the canning process can actually soften things, like pears and tinned peaches, too.”

While we all probably have tins of beans, tomatoes and sweetcorn languishing in our cupboards, Vickery suggests trying canned potatoes, asparagus, pumpkin and peppers, and even canned or vacuum-packed hotdogs.

Children of the Seventies and Eighties might want to recreate school dinners with Vickery’s Spam fritters recipe, inspired by his childhood. “As a kid growing up, my mother refused to cook on a Sunday evening, because she cooked all week, and Spam was a treat.” And you probably wouldn’t expect to see a recipe for fish fingers and waffles (exactly as it sounds) from a Michelin-starred chef.

Still, Vickery’s everyman charm is what This Morning fans love, and he’s no stranger to cooking disasters on live telly. “I drop stuff, burn myself, the oven’s not on, I’ve tipped stuff or forgotten to put stuff in, but people love it – tea towels catching fire is quite normal,” he laughs. 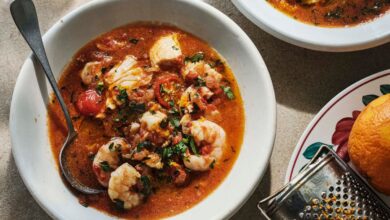 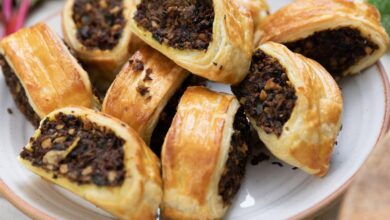 Four simple vegan recipes that don’t use any meat alternatives 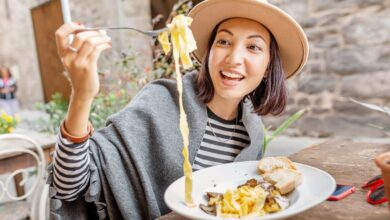 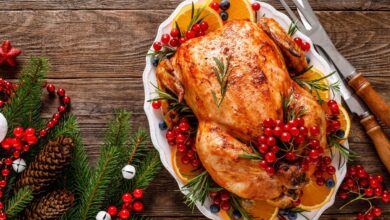 How to cook the perfect turkey for Christmas