The family of a man shot dead by police at his niece’s wedding in Florida say the shooting was unjustified.

Daniel Patrick Knight, 39, began attacking guests at a wedding reception at the Winter Park Events Center on Morse Boulevard, north of Orlando, according to police.

“It appeared he was going up to several people inside the party where he was battering people. It started inside the events center and ended up outside,” police said in a statement.

WESH 2 reported that when officers arrived at the event centre around 10pm, Mr Knight punched one of them leaving him “unconscious and incapacitated”.

Police officers tried to calm Mr Knight down, but they say a “second physical altercation” led to him being fatally shot, according to WFTV.com.

He was taken to hospital where he was later pronounced dead.

Mr Knight’s family have disputed the police account and say the incident did not merit the use of deadly force.

His niece, who was the bride, described Mr Knight as a “kind gentle soul” in a statement sent to WESH 2 on behalf of the family.

“His only crime committed that night was drinking and having a good time with his family. This shooting was unjustified and we are working with a lawyer and the (Florida Department of Law Enforcement) to get the entire truth out.”

The Florida Department of Law Enforcement is investigating the shooting and the officer involved has been placed on paid administrative leave. 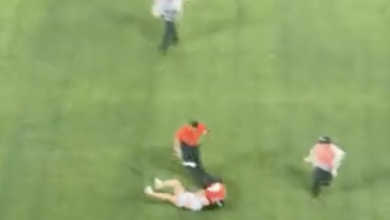