On the manicured lawns of Peter and Marjorie Marsh’s home – Aston Hall; a 15th century pile – 150 guests sit around trestle tables enjoying a hog roast and glasses of Pimms.

They are mainly retired and, if the spacious driveway and courtyard out front is any indication, have arrived here in a variety of Aston Martins, BMWs and Range Rovers.

They are also among the 0.3 per cent of the UK population – about 150,000 people – who will get to decide the country’s next prime minister.

This is the summer social of the North Shropshire Conservatives.

And, if the conversation today is any indication, there is only one person many of these grassroots members want to see as PM. Er, Boris Johnson.

“Who do I like?” asks Marjorie, the 78-year-old host – and great-grandmother-of-five – at one point. “I can answer you that in one second, dear: I’m perfectly happy with the fellow we have. Boris. Yes, he’s been a naughty boy. He told lies. But he knows how to roll his sleeves up and get stuck in. I think he’s one of the few politicians who knows there’s a part of the country that exists that isn’t called London.”

Time and again, over the al fresco baps and booze here in the village of Wem, the same sentiment is expressed here: Mr Johnson may not always have quite been on nodding terms with the truth but, when it counted, he had got things done.

“Brexit, Ukraine, the vaccine roll out,” says Marjorie. “He’s been given a terrible time of it, and he’s dealt with everything that’s been thrown at him. That’s what matters.”

There is something of an irony here – because it is arguably North Shropshire that did as much as anyone to get rid of Johnson. The Tories astonishing by-election defeat to the Lib Dems in this true blue heartland in December was arguably the beginning of the end for his premiership. One or two people here even voted yellow.

“But,” says one, “I wanted to give the government a shock – not bloody well decapitate it.”

In any case, what of the two now competing to replace him? Rishi Sunak and Liz Truss? A general air of ambiguity; of minds not made up; of neither candidate exactly having the star dust – or indeed the policies – to excite in the same way that, yes, Mr Johnson (and Get Brexit Done) did back in 2019.

“You think about a dinner party and you’d have Boris round the table in a flash,” says Lynn Grifiths, a retired bank worker. “But [Sunak and Truss] I’m not so sure.”

A moment of reflection. She is one of the few people here who thinks the PM had to go following partygate and Chris Pincher scandals. “Of course,” she says, “having someone at your table isn’t the same as trusting them to cook the dinner, if you will.”

Two other main observations here in the sun, then.

The first. Truss’s tax-cutting promises does not appear to be the vote winner with grassroot members that many might assume. Amongst these North Shropshire Tories at least there is a consensus that Sunak is more trusted on the economy; that he is right to say the country should not be borrowing money to fund such a scheme and that it risks inflation. Surprisingly, perhaps, there is also an apparent feeling that, in the midst of an almost unparalleled cost-of-living crisis, reducing taxes won’t help those most in need.

“People like me aren’t the ones who need help,” says Michael Macdonald, 79, a retired farmer. “I keep saying the people who are suffering the most don’t pay tax or they pay very little [because they earn less]. Cutting it is no good for them, and it’s those who need that assistance.”

Because morally it’s the right thing to do? “Yes, it is,” he says, before pointing out that economies aren’t grown by allowing significant numbers of people to fall into poverty.

Despite the above, Truss appears – just about – to be the more liked of the two candidates. Sunak’s extraordinary wealth, private school education and slick presentation have, to some extent, isolated him from these party members. His wife’s tax affairs – she escaped millions in potential UK tax by being non-domiciled – remains something of a sore point too. 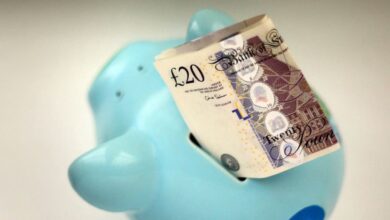 Black households face being hit harder by cost-of-living crisis as most have less than £1,500 savings

‘I was the prey of a predator’: Woman subjected to ‘relentless grooming’ by Met police officer