The third public hearing into the Capitol riot heard evidence that Donald Trump was repeatedly told his plan to overturn the election result was illegal, even by the lawyer urging him to do so.

Attorney John Eastman also asked for a pardon after pushing a scheme to pressure then vice-president Mike Pence into unilaterally rejecting electoral votes from swing states won by Joe Biden.

Video depositions made public by the House January 6 select committee revealed that Mr Trump knew the plan to have his vice-president commander the 6 January 2021 session of Congress and declare themselves winners of the election violated the law.

Both Mr Eastman, the conservative law professor who promoted the plan, and the White House’s deputy counsel told the president the proposal was against the law, the committee’s hearing revealed.

The hearing also heard that Trump supporters were infuriated by Mike Pence’s refusal to go along with the plan and that during the riot – when many were chanting “Hang Mike Pence” – some came within 40ft of him.

An informant told the FBI that members of the Proud Boys were willing to kill the vice-president.

Shocking video shown at the hearings showed Trump supporters marching on the Capitol, with one saying: “You f***ing politicians are going to get f***ing dragged through the streets.”

Among the witnesses who testified that Mr Trump would have known the plan violated the law was Greg Jacob, who served as Mr Pence’s White House counsel during the last months of the Trump administration.

In his videotaped deposition, Mr Jacob told the panel of an Oval Office meeting which Mr Eastman participated in on 4 January 2021 — two days before a pro-Trump mob stormed the Capitol in hopes of preventing Congress from certifying Mr Biden’s 2020 election victory. During that meeting Mr Eastman told the then-president that his plan violated the Electoral Count Act, an 1887 law which governs the procedures by which Congress counts the electoral votes needed to certify presidential elections.

Under questioning by California Representative Pete Aguilar on Thursday, Mr Jacob said he had “raised the issue” of Mr Eastman’s plan violating the Electoral Count Act during the Oval Office meeting.

Mr Jacob added that Mr Eastman “acknowledged that it was the case” that his plan “would violate several provisions” of the Electoral Count Act.

But Mr Trump continued the pressure campaign he had started in December 2020 when he tweeted out, on 6 January 2021, a memorandum floating the theory that Mr Pence could decide the outcome of the election at the joint session of Congress.

Mr Trump’s effort continued when, following the news that a mob had breached the Capitol grounds, the president tweeted that Mr Pence “didn’t have the courage” to unilaterally step in to affect the electoral outcome, enraging the rioters and leading them to begin chanting “Hang Mike Pence” as they streamed through the Capitol.

Mr Trump’s decision to do so also contradicted the advice of others in his orbit, including his deputy White House counsel, Eric Herschmann.

In a videotaped deposition, Mr Herschmann described a conservation with Mr Eastman in which Mr Eastman had described his plan for Mr Pence to reject the electoral votes for Mr Biden.

“I said, hold on a second, I want to understand you’re saying. You’re saying that you believe that vice president – acting as president of the Senate – can be the sole decision-maker, in your theory, of who becomes the next president of the United States?” he recalled, adding that Mr Eastman replied: “Yes”.

Mr Herschmann told the committee his response was to ask Mr Eastman if he was “out of his effing mind”.

Eastman seemed to justify violence that could result from election plot

Continuing, Mr Herschmann said he asked Mr Eastman: “Are you completely crazy? You’re going to turn around and tell 78 plus million people in this country that you are – this is your theory – this is how you’re going to invalidate their votes? Because you think the election was stolen?” 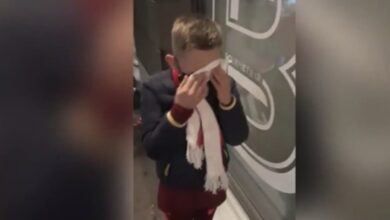 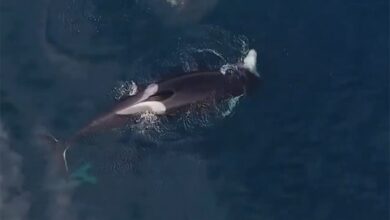