Prince Andrew has reached a settlement with Virginia Giuffre who accused him of raping her as a child, it has been revealed.

Court documents, filed in Manhattan on Tuesday, reveal that a settlement was agreed upon by both parties with the Queen’s son paying an undisclosed amount to Ms Giuffre as well as making a donation to a charity “in support of victims’ rights”.

Ms Giuffre, a victim of late paedophile Jeffrey Epstein, has long accused Prince Andrew of sexually assaulting her as a child.

She claimed that she was trafficked to the prince for sex by his former friends Epstein and convicted sex abuser Ghislaine Maxwell.

Ms Giuffre claimed that she was 17 when she had sex with the prince and that he was aware that she was underage.

Prince Andrew has vehemently denied the allegations. He has not charged with any crime. 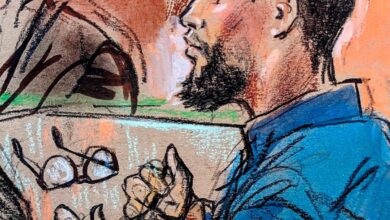 ‘Everyone knew their role’: How Iranians united on night of dramatic protest against the regime