Prince Andrew faces paying a vast bill to Virginia Roberts Giuffre after reaching a settlement in her sexual abuse lawsuit against him.

While some reports suggested the total undisclosed sum owed to Ms Giuffre and a charity “in support of women’s rights” could total up to £12m, experts remained uncertain, amid speculation the Queen might help with costs from her private funds.

As royal experts said it seemed “impossible” that Prince Andrew could ever return to royal duties and could “forever be tainted” by the scandal of the case, York Central MP Rachael Maskell called for him to renounce his ducal title and give up his association with the city out of respect.

The lawsuit alleged that the duke sexually abused Ms Giuffre as a teenager on multiple occasions in London, Manhattan, and the US Virgin Islands in 2001 – allegations that he strongly denies – when she was a victim of sex trafficking by the late financier Jeffrey Epstein. 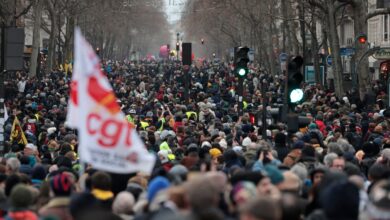 Iran protests: ‘At least 185 people including 19 children’ killed during unrest