Prince Andrew has reached a settlement in the sexual abuse lawsuit brought against him by Virginia Roberts Giuffre.

Ms Giuffre’s lawyer David Boies revealed the settlement in a motion filed with US District Judge Lewis Kaplan on Tuesday, saying that both parties agreed for the Duke of York to pay an undisclosed amount to her, along with a donation to a charity “in support of victims’ rights”.

The lawsuit alleged Prince Andrew sexually abused Ms Giuffre as a teenager on multiple occasions in London, Manhattan, and the US Virgin Islands in 2001 – allegations that he strongly denied – when she was a victim of sex trafficking by the late financier Jeffrey Epstein.

The royal’s legal team sought to have the case dismissed, arguing that another 2009 settlement between Ms Giuffre and Epstein barred him from liability. However, Judge Kaplan denied that bid in January, paving the way for a trial that will no longer take place under the new settlement. 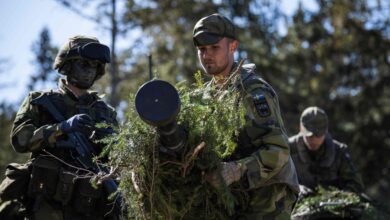 What are the Ukraine ‘biolabs’ and why have they become a focus for Fox News and the US right?

Johnson ‘not here to lecture us on Ukraine’: What India hopes to get from UK PM’s visit