Prince Andrew’s lawyers have requested access to the original photograph of the Duke of York and his accuser Virginia Giuffre in an attempt to cast doubt over the image, according to a report.

Ms Giuffre included the photo, said to have been taken in 2001 in Ghislaine Maxwell’s London home, in her complaint against the duke. She claims that it was taken on the night she was first forced to have sex with him, aged 17.

She alleges she was forced to have sex with him on four occasions after being trafficked by Maxwell and billionaire paedophile Jeffrey Epstein.

The duke denies all of the allegations against him.

A report in the i newspaper claims Prince Andrew’s legal team hope to use a photographic expert to study the item in a bid to discount it as credible evidence.

Ms Giuffre gave the original photo of her, Prince Andrew, and Maxwell to the FBI in 2011 and claims it is authentic.

He added that he did not remember it being taken.

Last week, it emerged that the duke’s accuser will be interviewed under oath in April as part of her civil claim against him.

Ms Giuffre, also known as Virginia Roberts, is suing Andrew for damages in her home country of the US.

It is understood the agreement for Ms Giuffre to be questioned by the duke’s lawyers, Andrew Brettler and Melissa Lerner, has now been struck and an exact date has been confirmed.

Prince Andrew will also give evidence under oath on 10 March in London, in what has been described as a neutral location.

The duke’s “deposition” will be conducted by Ms Giuffre’s lawyers, David Boies and Sigrid McCawley, and is reportedly expected to last two days.

The civil sex assault trial in the US is scheduled to take place between September and December.

The parties will need to confirm by 28 July whether they wish to proceed to trial. 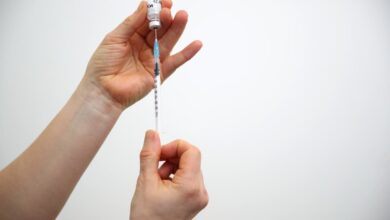