The Prince of Wales was facing questions last night after a report claimed that he had accepted €1million cash in a suitcase from a Qatari Sheikh.

It was one of three lots of cash, which totalled €3million, that Charles reportedly personally received as charitable donations. On another occasion Sheikh Hamad gave Charles €1million in Fortnum & Mason carrier bags, the paper reported.

There is no suggestion that Charles did anything illegal in receiving the money.

A spokesperson for Clarence House said: “Charitable donations received from Sheikh Hamad bin Jassim were passed immediately to one of the Prince’s charities who carried out the appropriate governance and have assured us that all the correct processes were followed.”

Each of the donations were deposited into the accounts of the Prince of Wales’s Charitable Fund (PWCF), The Sunday Times reported.

The exchange of the suitcase containing €1million allegedly happened during a one-on-one meeting at Clarence House in 2015.

Two advisers in the royal household then had to reportedly count the money by hand, which was allegedly in the form of €500 notes. The private bank Coutts then collected the cash from Charles’s London residence, according to the paper.

Sir Ian Cheshire, chairman of the PWCF, told the paper: “At a few hours’ notice from The Sunday Times, we have checked into this event in the past, and confirm that the previous trustees of PWCF discussed the governance and donor relationship, (confirming that the donor was a legitimate and verified counterparty) and our auditors signed off on the donation after a specific enquiry during the audit.

“There was no failure of governance.”

He added: “The donation was made in cash and that was the donor’s choice.”

Sir Alistair Graham, the former chairman of the committee on standards in public life, said that “if the Qatari government wants to make a gift to [Charles’s] foundation, then there are proper ways to do these things rather than handling large sums of cash.”

The Independent approached the Prince of Wales’s Charitable Fund for comment. 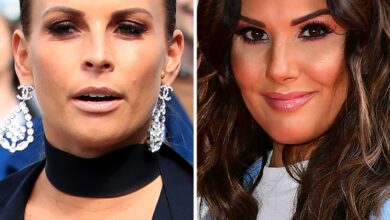