Failures to properly monitor a known violent criminal left him free to hunt down and murder a woman as she walked home after a night out, an inspection has found.

The 35-year-old trainee lawyer was trailed by McSweeney in the early hours of 26 June, after he stalked several other lone women.

A review by the probation watchdog said McSweeney, now aged 29, had a lengthy criminal history, including numerous violent offences committed both inside and outside prisons during his several spells in jail.

But he was wrongly classified as a “medium risk”, rather than high risk, and released from prison following a burglary sentence under light restrictions.

The threat he posed to women does not appear to have been considered, despite a judge imposing a restraining order in 2021 after McSweeney was accused of attacking and robbing a female friend of his mother.

After being released from prison in June 2022, McSweeney quickly breached his licence conditions by failing to attend probation meetings, but several delays meant that he did not become liable for arrest until the afternoon of 24 June. Police did not find him before he murdered Ms Aleena 36 hours later.

HM Inspectorate of Probation laid out its damning findings just a week after laying bare another litany of failings before Damien Bendall murdered three children and his pregnant partner in Killamarsh.

Some of the recommendations mirror those sparked by the case of serial rapist Joseph McCann, who attacked 11 women and children after being released from prison in 2019.

The chief inspector of probation, Justin Russell, said the horrific cases were “symptomatic of much broader systemic issues with the way the probation service assesses and manages risks”.

“It’s a core function of the probation service to protect the public from these risks and they’re not getting it right at the moment,” he told a press conference. “They are under-identifying high-risk cases.

“There is a failure to look in the round at the risks that people present, with too much focus on the immediate offence that someone has been convicted of. That misses the broader picture.”

If McSweeney was put in the high-risk category, he could have been placed in a probation hostel and subjected to a curfew and GPS monitoring, rather than being let loose with no known address.

A report that graded him medium risk had not taken into account a history of violence and threats in prison, and previous “poor compliance” on release that sparked repeated recalls to jail.

Mr Russell said it was “possible but not guaranteed” that McSweeney would have been unable to murder Ms Aleena if the assessment had been different, through tighter restrictions on his movement or swifter recall to prison.

When McSweeney failed to turn up for probation appointments, officials initially traced him to his mother’s house but he then disappeared, and when officers decided to get McSweeney back to prison the process was delayed because of under-staffing.

Mr Russell said: “He was free to commit this most heinous crime on an innocent, young woman.

“Our independent review brings into sharp focus the consequences of these missed opportunities and reveals a probation service, in London, under the mounting pressure of heavy workloads and high vacancy rates.”

Last summer, the probation inspectorate found that the probation unit that handled McSweeney had under two-thirds of the required staff, and that there were more than 500 vacancies London-wide. 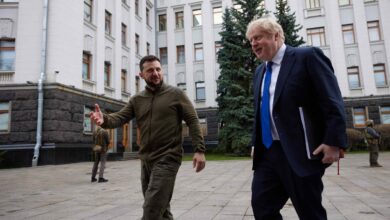 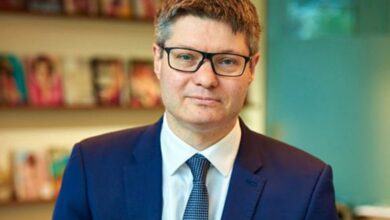