– There is no panic in Ukraine. Everyone is studying President Vladimir Zelensky’s statement this morning who said that Ukraine will not give up its territories to anyone and that it will remain loyal to a diplomatic and peaceful way of settling the conflict. He said that Putin’s decision was unacceptable and that Russia had withdrawn from the Minsk agreements.

– Does President Putin’s statement mean the beginning of a new situation?

– Of course it does. Russia has passed the Rubicon. President Zelensky’s address to the nation confirms this. The Russian Federation has actually withdrawn from the Minsk agreements on the eastern territories. We feel as if the running knot has been removed from Ukraine. We’ve been floundering in these negotiations on the Minsk process for the last several years, the implementation of which was impossible because Russia didn’t want it. Russia didn’t consider itself a party to the conflict.  Now, I think Ukraine needs to proceed politically and diplomatically exclusively within the framework of the ideas of Zelensky’s Munich statement of February 18. This is the intention to convene the UN Security Council with the participation of Ukraine, Turkey, Germany and to discuss the current situation. It will be intense work, now Ukraine has more arguments to point out Russia’s unconstructive policy.

– What is President Zelensky doing now?

– Ukraine is coordinating its actions with world leaders. Overnight, the Ukrainian President spoke to US President Biden, French President Macron, British Prime Minister Johnson, the head of the European Union, German Chancellor Scholz, and there will be a conversation with Turkish President Erdogan. Note that Ukraine is pushing for an early meeting of the Normand format which I think is unrealistic, as distinct from an urgent meeting of the U.N. Security Council. It is possible without Russia’s participation. Zelensky said that there is no need to panic, we will return the territories by political and diplomatic means. Quite a balanced and calm Presidential speech which everyone is studying and commenting on carefully.

– Moscow’s report that two or three Ukrainian battle groups have moved forward and have been defeated by the Russian army – is this true or fiction?

– Of course it is a lie of Moscow’s propaganda. What kind of idiots would break through somewhere in armored carriers? These are fakes, propaganda about the “fascist grin of Ukraine”, which is not worth commenting on.

– Today in Moscow, the Azerbaijani-Russian Treaty on Allied Relations is expected to be signed. How do you view this document, signed the day after Putin’s statement recognizing the independence of the Ukrainian territories?

– Azerbaijan is an independent, sovereign country. It is up to the Azerbaijani leadership to decide with whom to be friends and establish alliance relations. But it seems to me that this is a futile idea because Russia has always spat on allies and used for itself the countries with which it was friends and established relations. To the detriment of these countries. Even if this treaty is signed, there will be no alliance with Russia. This is unequivocal. Azerbaijan’s allies are Turkey, maybe Ukraine, and that would be logical. Georgia, some other countries, but in any case not Russia.

Vadim Trukhan is an international lawyer, chairman of the board of the public association “European Rukh of Ukraine”.— 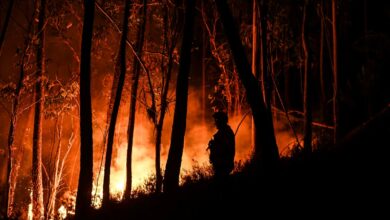 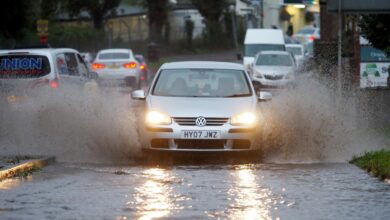