At least seven people are dead after an explosion in south-west France, the country’s interior minister has said.

Two children are among the dead, and four others have been reported injured.

Minister Gerald Darmanin will travel to the scene in Pyrenees-Orientales on Monday.

The explosion happened at around 1:30am on the Sunday night in the main street of Saint-Laurent-de-la-Salanque, a town in the south of France.

Fire from the explosion spread to neighbouring buildings, and one 27-year-old man reportedly jumped from the first floor to escape the flames. He is now receiving treatment in hospital, France Bleu reported. 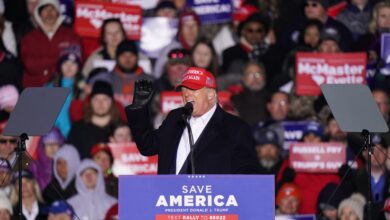