The current wave of rail strikes could go on “indefinitely” unless ministers back down on their demand for driver-only operation of trains, the head of the RMT union has warned.

Mick Lynch said that progress towards agreement in the dispute over pay and conditions was scuppered last weekend by orders from Whitehall for employers to include the demand, which unions had already indicated they would never accept.

He also accused ministers of deliberately seeking to force industrial action over the sensitive Christmas period in order to break public support for strikes.

Mr Lynch said the driver-only operation (DOO) clause was absent from the proposals being put forward at the end of last week by the Rail Delivery Group, which represents train operating companies, but was inserted at the insistence of the Department for Transport (DfT) on Sunday.

“They may as well have come in with a fish and slapped me round the chops with it and said ‘How do you like that?’” he said. “That’s what they are doing.”

RDG bosses were aware from long discussions with rail unions over many years that DOO was a red line the RMT will not cross, on the grounds that the presence of guards is essential for safety, he said.

The addition of the demand made it inevitable that strikes affecting 14 train companies’ services will go ahead on 13-14 and 16-17 December, disrupting thousands of people’s journey plans.

“There is no prospect of settling this dispute,” he said. “There was a prospect of it at the weekend.

“We can’t consult with members on anything, so that’s where we are. There’s no settlement of the dispute and we are blocked by this government.”

Mr Lynch said ministers had “painted themselves into a corner” with the demand, designed to save money on staffing levels, because unions are not in a position to back down on DOO.

Asked how long industrial action could continue if ministers refuse to back down, he replied: “It will be indefinite if that’s their position.

“This union will go down on this issue of DOO. We will not accept driver-only operation in any form, and we have never accepted it in the format that they want to bring it forward.”

Mr Lynch said that transport secretary Mark Harper had portrayed himself as a “facilitator” who was not directly involved in negotiations between employers and unions.

But he said it was clear that the employers’ side required permission from Mr Harper’s department – and ultimately from the Treasury – before making any concessions in talks.

“I’m talking to people who are not in control,” he said “Jeremy Hunt is in control, we all know that.”

He added: “My view is that they [ministers] are deliberately doing this because they want industrial action. They want this image going on over Christmas that somehow organised working people are the enemy of this country.”

A DfT spokesperson said: “We’ve been clear from the outset that reforms to work practices are a necessary part of this deal, in order to fund the pay offer and modernise the railways.

“The prime minister, chancellor and transport secretary remain in full agreement about the offer that was put on the table this week.” 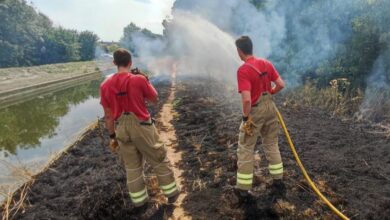