The Redcar blast furnace in Teeside has been demolished in a controlled explosion bringing an end of steelmaking in Teeside.

Once standing at 365ft tall, the former steelworks site has been destroyed to make way for the Teesworks industrial zone.

Redcar’s blast furnace was the second largest of its kind in Europe and has dominated the Teesside skyline ever since its construction in the late 1970s. At its height, the furnace produced 3.6m tonnes of iron a year.

A 250-metre exclusion zone was put in place for the levelling of the furnace and remained in place for at least 30 minutes afterwards. The casting houses, the dust catcher and the conveyors were also destroyed.

Members of the public have been told to be aware of the wind direction on Wednesday, as dust from the explosion could travel.

The four gas stoves that heated the furnace are set to be demolished in separate explosions over the next month.

An air horn sounded at 10 seconds and 20 seconds before the furnace was destroyed on Wednesday.

The furnace has not operated since October 2015 when SSI UK, the company that was running it, went into liquidation.

‘You have been there for us’: Charles pays tribute to ‘mummy’ the Queen 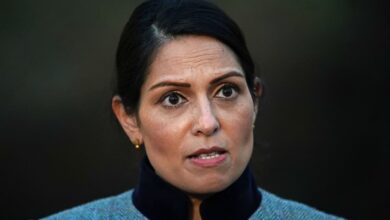 Priti Patel urges MPs to back her new anti-protest laws 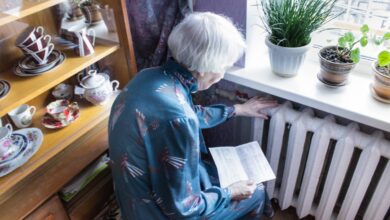 Pensioners to spend one pound out of every five on energy bills, Labour warns