Boris Johnson and Liz Truss have joined Tory backbenchers in a rebellion against a defacto ban on new onshore windfarms in a blow to Rishi Sunak’s authority.

The former prime minister’s have put their name to an amendment to allow windfarm development on land – the pair’s first major parliamentary interventions since departing Downing Street.

Ms Truss moved to relax planning rules during her short tenure at No 10, but Mr Johnson did not seek to overturn the effective moratorium on onshore wind, in place since 2015, when he was in office.

In other news, Mr Sunak is considering a crackdown on foreign students bringing dependents and studying “low-quality” degrees after net migration to the UK climbed to a record half a million.

Tory hustings – live: Truss to face Sunak after claims she is ‘absent from duty’ 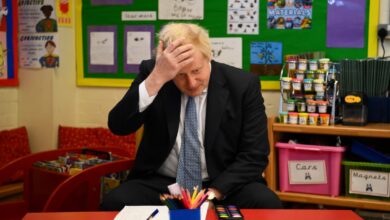