Russia has said it has withdrawn its troops from Lyman after Ukrainian soldiers surrounded the city.

Ukrainian forces encircled the strategic eastern city of Lyman on Saturday in a counteroffensive that has humiliated the Kremlin.

Officials said on Saturday that Ukraine’s forces had surrounded some 5,000 Russian forces who were trying to hold the eastern city of Lyman, which is located in Luhansk, one of the four annexed areas.

It remained unclear whether Ukrainian forces have entered the city itself. Luhansk Gov. Serhiy Haidai claimed that all routes to resupply Russian forces in Lyman were blocked.

Russia has not confirmed that its forces were cut off, and Russian analysts had said Moscow was sending more troops to the area.

But the Institute for the Study of War, a Washington-based think tank, said Ukraine likely will retake Lyman in the coming days.

Lyman, a key transportation hub, had been an important site in the Russian front line for both ground communications and logistics.

With that barrier overcome, Ukraine can potentially push further into the occupied Luhansk region, which is one of four regions that Russia annexed on Friday after an internationally criticised referendum vote at gunpoint.

The withdrawal comes at a pivotal moment in the war, as Vladimir Putin this week heightened his threats of nuclear force and used his most aggressive, anti-Western rhetoric to date. It is also in the face of intensified Russian bombardments after Moscow illegally annexed a swath of Ukrainian territory in a sharp escalation of the war.

Asma Khan: ‘As an immigrant, I want everyone to know you cannot eat my food if you don’t also take me’ 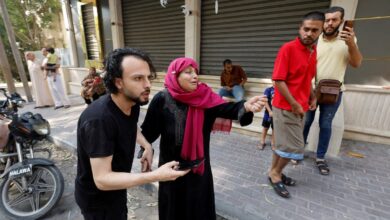 Israel strikes Gaza as tensions rise over arrest of Palestinian 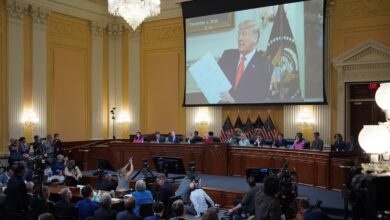 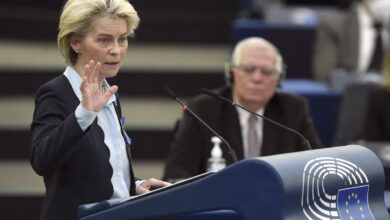